A vintage warplane has successfully made an emergency landing at Auckland's Ardmore Airport. 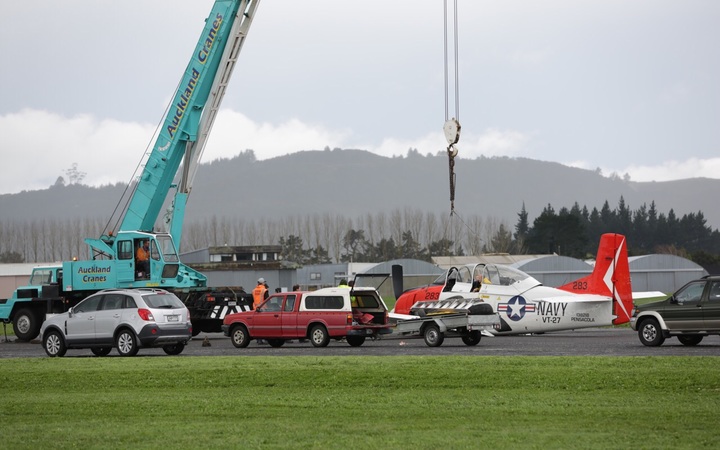 The plane - reported to be a single-engine Trojan - circled Ardmore Airport for about two hours before successfully making its emergency landing. Photo: RNZ / Claire Eastham-Farelly

The Fire Service said staff were called out about 12.40pm, after the pilot of the small single-engine Trojan reported landing gear failure.

It said there was only one person on board the plane, which had now safely landed.

The plane had been circling the airport to burn off fuel before attempting to land.

The airport had been closed and two fire engines and a tanker had been on standby. 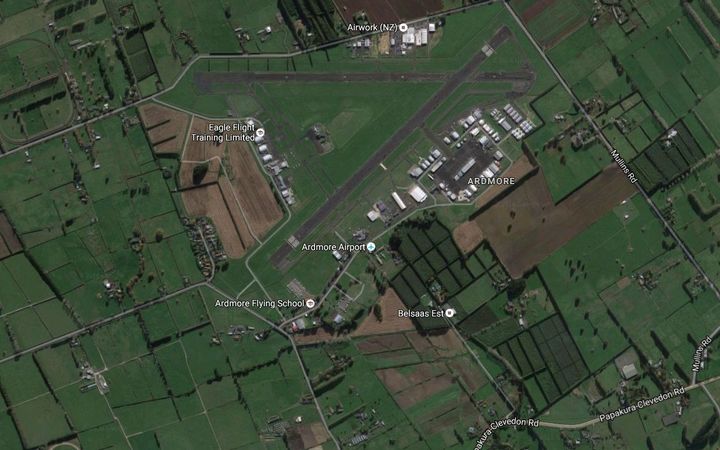