The Rugby Union has denied there is a culture of violence in the game, saying cases like Wellington player Losi Filipo's assault on four people were a reflection of greater society. 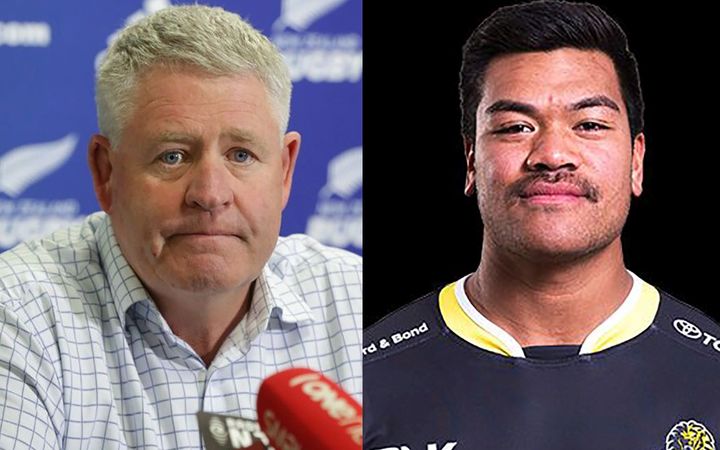 Mr Filipo's contract with the union was terminated yesterday, a month after he was discharged without conviction for assaulting four people - including two women - last October.

Rugby Union chief executive Steve Tew told Morning Report today there were lessons to be learned in Mr Filipo's case, but said there were 150,000 young people playing rugby every weekend, and it was inevitable that some of them would get into trouble.

"We have young men and young women who are of an age who get into trouble, we're no different from any other cross-section of society.

"We've just got to accept that we will have young men who will make mistakes, we've got to provide them with the support and the education to learn their responsibilities and do better going forward.

"But we will never have it 100 percent. That is just our unfortunate reality."

He said the Rugby Union had to be realistic about the situation, and there also had to be consequences, but "we don't want to throw young kids on the scrapheap without going through the process".

Mr Tew also backed Wellington Rugby's handling of Mr Filipo's case, saying it had acted in good faith, because the judicial system was dealing with the matter. He said Wellington Rugby had acted swiftly this week, because it had been unaware of the severity of the assaults until the media broke the story.

Wellington Rugby has admitted it should have known more about the assaults by the 18 year old before this week.

Wellington Rugby chief executive Steve Rogers spoke to media yesterday, and said no-one from the organisation attended any of the Lions player's court hearings, despite him being under contract at the time.

He said there was confusion about when the hearings were, and the organisation has only learned the full details in the past few days.

Mr Rogers would not rule out the possibility of the player signing another contract with Wellington Rugby.

A victim of the attack yesterday called for Mr Filipo to be dropped from his team.

The Solicitor-General has been looking into the judge's decision to discharge Mr Filipo.

Wellington Rugby said in a statement last night that Mr Filipo had withdrawn himself from the Wellington Lions 2016 Mitre 10 Cup squad.

It said Mr Filipo hoped that would go some way to help the victims move on with their lives.

"I understand why the victims of the assault do not want to talk to me and have not taken up an offer of restorative justice, but I would like to publicly apologise for my actions and the damage they caused.

"I made a huge mistake that my victims and myself will have to live with for the rest of our lives."