Rats, possums and stoats all face an untimely demise in Wellington with the announcement that it wants to become the world's first predator-free capital. 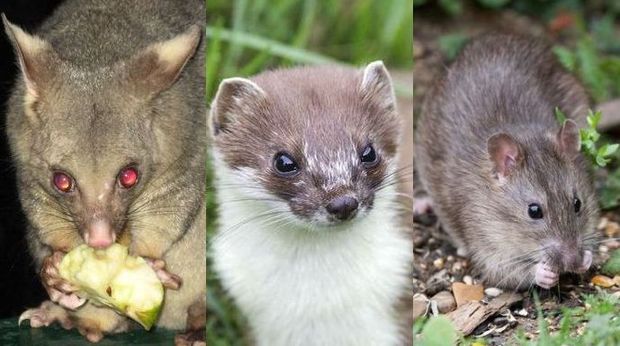 Wellington City Council has teamed up with the Greater Wellington Regional Council and the NEXT Foundation to begin work on eradicating pests.

The goal is part of the government's broader strategy of making the entire country pest-free by 2050, and the organisations behind it say its ambitious.

Wellington mayor Celia Wade-Brown said Miramar Peninsula would be their first target to be predator-free.

"It is relatively isolated from other bits of bush by the runway, so it would be quite easy to manage re-invasion," she said.

The city's natural corridors, preserved in the Town Belts and reserves, would help direct native bird and plant life right into the city, Ms Wade-Brown said.

Its success was contingent on getting the community on board with the plan, so the council could get traps into backyards.

Ms Wade-Brown said there was no budget for the project yet.

"It will depend on how much money we can access, both from foundations like the wonderful NEXT Foundation, but also potentially we will be going to central government for their Predator Free New Zealand funding," she said. "But people are quite keen not to have rats in their gardens anyway."

Wellington regional council chair Chris Laidlaw said it was already getting rid of possums across the region, and would add its support to protecting the city.

"Our work here in this region is to provide a predator buffer around the city, which would mean we could effectively cut off the entry of predators of various kinds into the city, and then begin the much harder process of elimination within the city," he said.

NEXT Foundation's chair Chris Liddell said it was a transformational project for the environment, and the Foundation would be involved for as long as it took.

"It's just a wonderful project, not only in its own right, but clearly as a role model for hopefully other cities in New Zealand," he said.

"If we can start to address the Predator Free vision ... in rural areas and urban areas, and in particular get community involvement in both of those, then we start to take real strides towards the overall vision."

The NEXT foundation has appointed Kelvin Hastie, who led a successful predator-free project in Crofton Downs, to act as a community champion.

With its Town Belt reserves, more than 120 volunteer restoration projects, and the Zealandia sanctuary already fenced off and thriving, the trio believed the capital was well placed to run the project.