Boxing should not be used for charity events as the rules for corporate fighters are too loose, a supervisor for the sport says. 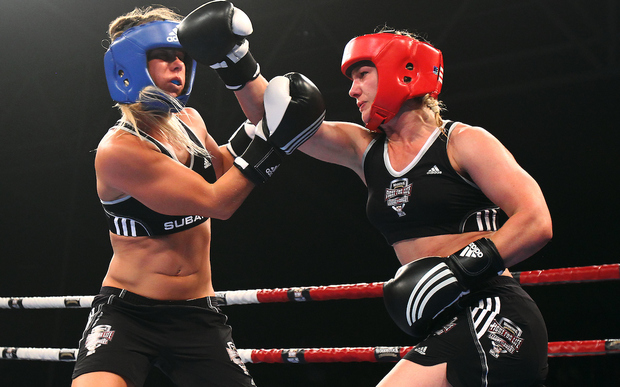 Neville Knight, 49, collapsed during a charity bout at Te Rapa Racecourse in Hamilton last night and could not be revived.

Mr Knight was participating in a series of fights sponsored by the supermarket chain Foodstuffs.

It is not yet clear what caused his death.

Amateur International Boxing Association supervisor Keith Walker said boxing was a physical sport and should not be used as a fundraising mechanism.

Amateur fighters, who must be aged under 40, have to register with Boxing New Zealand and pass a medical before fighting, he said.

Although fighters for corporate fundraising events face the same rules, there was no age limit and boxers could vary widely in age, weight and experience.

"My concern is that at times there is far too much difference in the age of the fighters and the weight.

"Sometimes you'll hear of fighters who have been training for two years going against someone who has only been in the gym for two months - the rules need to be streamlined across all events."

Mr Walker said he refused to be associated with such events and thought Boxing New Zealand should do the same.

"To my knowledge there is no actual rule that governs the sport of corporate boxing, which is a huge concern - and it has been a concern of mine for quite some time.

"Corporate boxers have to have a medical and to make a declaration, but to what extent it compares to amateur I am not sure," Mr Walker said.

There was no such thing as fun in boxing and even at charity events people became competitive, he said.

"Boxing should not be used for corporate events for the sake of the boxers' safety - it's just not what boxing is about. Boxing is a skill sport."

But at charity events it became about entertainment, Mr Walker said.

"It wrecks the image of our sport and I think Boxing New Zealand should separate itself from that."

Mr Knight was part of a boxing team organised by Nabby's Boxing Gym. Two members of his family took part in last night's boxing, and others were watching the bouts.

In a statement, the gym said it was devastated by the death, and was supporting Mr Knight's family.

Police said they were speaking with witnesses and conducting inquiries on behalf of the coroner.

WorkSafe has been notified.