School support workers are headed back to court over a pay dispute about an anomaly in next year's pay schedule. 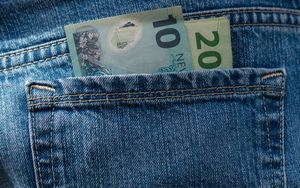 The Education Ministry said the pay changes were based on the way employees are paid, not the amount. Photo: 123rf

In August, the Employment Court upheld an earlier Employment Relations Authority ruling (http://www.radionz.co.nz/news/national/302442/school-support-staff-win-pay-fight) to stop the fortnightly pay of support staff from being spread more thinly.

The problem was a calendar anomaly which occured every 11 years, resulting in 27 pay periods, instead of the usual 26.

The Education Ministry wanted to spread the same amount of annual pay over the extra pay period, meaning a lower rate at each pay, but the same total amount.

The court ruled against that, saying it did not comply with the collective agreement.

The ministry's proposed solution was to not pay support staff for one fortnight in February.

But the New Zealand Educational Institute (NZEI) said that was illegal and was now taking the matter back to court.

NZEI general manager Andrew Cassidy said the ministry's proposal was not a solution.

"It complies with the court ruling by paying people the back pay for the salary that was deducted from them this year, but says the solution ... is to not pay you for a fortnight next year."

"NZEI's latest submission to the court is in sharp contrast to their previous position."

The ministry had made every effort to resolve this issue with the NZEI, he said.

"Employees will, of course, be paid in full exactly what they are entitled to, based on the actual time they have worked. The changes are solely to the way they are paid."

NZEI said staff had been receiving 3.7 percent less in each pay this year, because of the calendar anomaly.