State Highway Three at Mokau is opening this afternoon for the first time since a major slip closed it on Sunday. 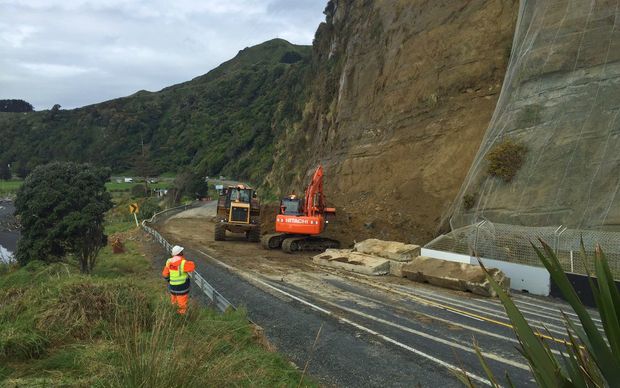 Work to clear the slip on SH3 has continued all week. Photo: Twitter / NZTA

The slip, which followed days of heavy rain in the area, shut the main road north out of Taranaki.

Travellers wanting to get to the region have been diverting through State Highway 1 to Whanganui while the Transport Agency cleared the road.

The detour added an extra three and a half hours to the journey.

Road Transport Association spokesman Tom Cloke earlier said it was costing truckies between $1000 and $1500 more to take the longer route.

The Transport Agency said the road, south of Mokau, was now re-opened.

Update: SH3 south of Mokua is now OPEN with a Stop/Go in place. We'd like to thank everyone for their patience. ^LC

The nearby SH43, which was also reduced to one lane by slips over the past few days, was also now fully open, said NZTA. 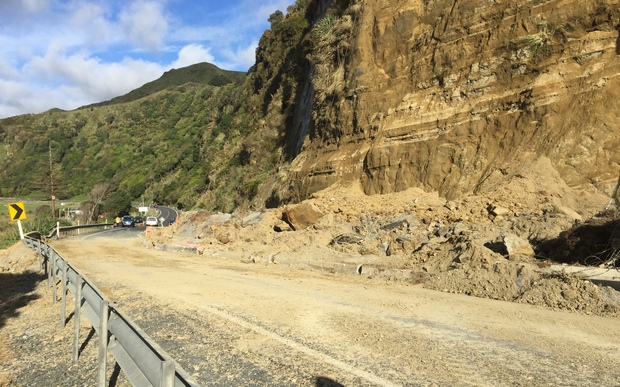 There have been five major slips at the Mokau Bluff since 2009. Photo: Photo / NZTA