An Auckland man who was fatally hit by a train last year was likely distracted by his mobile phone, but a report has found there was insufficient protection for passengers at the rail platform.

Tejaskumar Patel got off his southbound train on 29 January last year and began walking along a ramp to cross the track.

Twelve seconds after the 24-year-old got off the train, one heading in the opposite direction arrived at the station. Mr Patel turned onto a footpath and fatally stepped in front of the northbound train.

He was texting and wearing earphones. 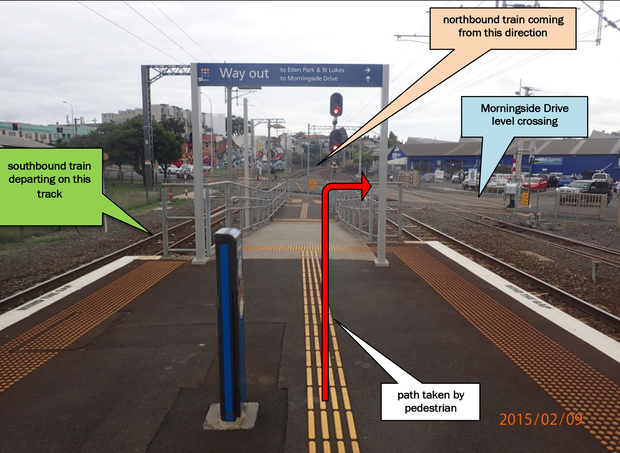 After the accident the commission issued a recommendation that all pedestrian rail crossings in Auckland and Wellington should be urgently reviewed.

The Transport Accident Investigation Commission's report into the accident, released today, found there were insufficient measures at the bottom of the platform to stop pedestrians inadvertently walking out in front of trains at the time, and that Mr Patel was likely distracted by the use of his mobile phone.

"A key lesson arising from the inquiry relates to the use of mobile devices by pedestrians - which has been found to make them less aware of the hazards around them. 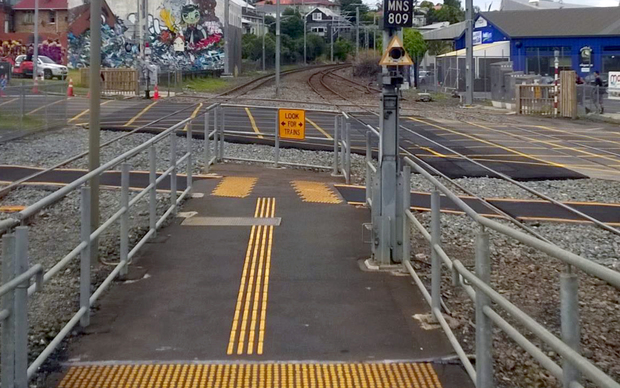 The report found many pedestrian level crossings located in provincial areas did not meet guidelines laid down by the New Zealand Transport Agency.

The commission has recommended the NZTA chief executive liaise with KiwiRail to address these problems.

Another person was fatally struck by a train at the Morningside crossing in 2002 and in 2013 a woman was hit by a train after her wheelchair got stuck on the tracks.