A man has been arrested after a motorcycle dealership was ram-raided, shops were burgled and a police car damaged in the Northland town of Dargaville. 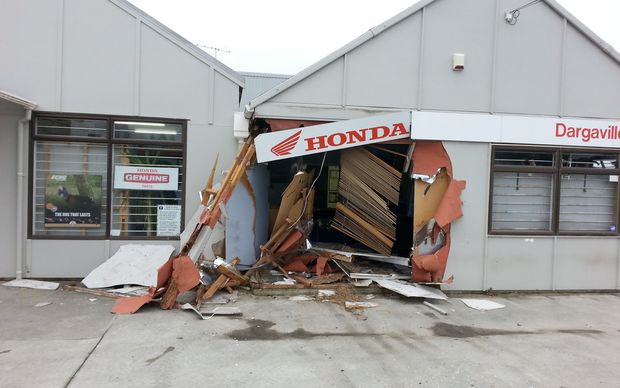 Police say the man broke into three stores, stole a vehicle from one, and used it to break into two more.

The Honda dealership on Jervois Street has a large hole in one corner after the early morning smash.

Ivan Henderson, who works at the dealership, told Morning Report there was a truck-size hole in the building and it appeared the company's safe and a few chainsaws were stolen about 4am. It was not the first time the business had been ram-raided, he said.

Police said they chased the stolen vehicle after the driver failed to stop for officers, and during the pursuit the driver rammed the a police car causing significant damage but no injury.

Officers abandoned the chase on Waimata Road about 5am, and shortly after a man fled on foot.

About 6am, police said another vehicle was stolen, and pursed by police. The man was eventually arrested trying to run away on farmland. 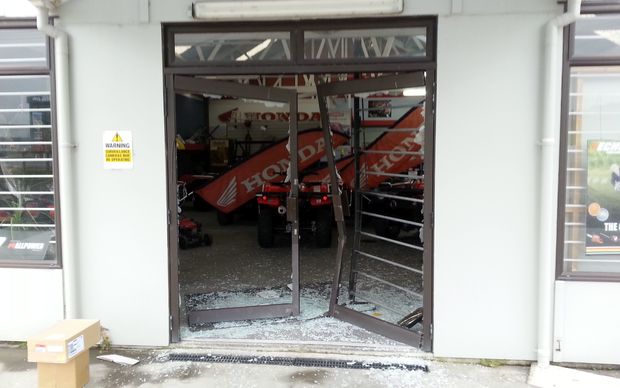