A Wellington schoolboy has taken an unexpected trip, after stumbling into a sinkhole at South Wellington Intermediate School. 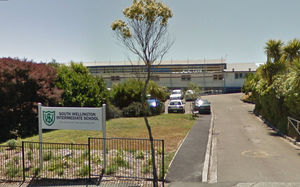 The boy escaped with scraped knees after his fall yesterday.

It's thought the hole was caused by a broken connection in an underground stormwater drain.

The school's acting principal, Howard Young, said he was not sure of the extent of the problem.

"We've had the emergency man, we've had the regional advisor in, they've organised builders in to sort of create a barricade around the hole itself."

Mr Young said no one would know the scale or size of the problem until it had been tested.