A formal commemoration has been held at the National War Memorial this morning to mark the centenary of the First World War in France. 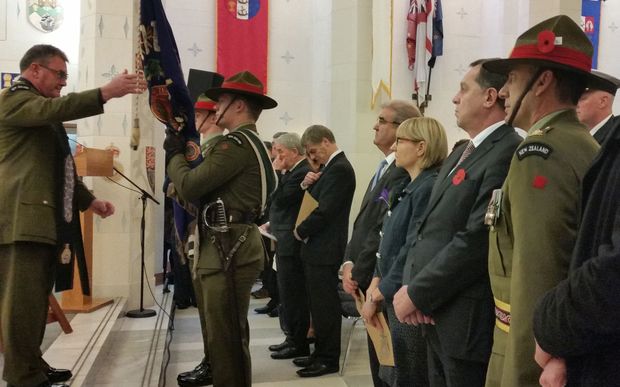 It follows the anniversary of the Battle of the Somme - New Zealand's first major engagement on the Western Front and its most costly - earlier this week.

The commemoration got underway at 11am this morning.

"They came from the other side of the world to fight by our side," she said.

"They had few shared interests with us. They had little to gain from our victory - they came for France."

"Our history is entwined with the history of France, because twice in a century New Zealanders have fought on French soil, in common cause with the ideals of France.

"And twice they've died to do that - in their hundreds and their thousands."

The ceremony also included the laying of wreaths and the playing of The Ode in French, Māori and English.

New Zealand military personnel served in France between 1916 and 1918.