Greenpeace and Forest and Bird are calling for a commission of inquiry into the Ministry for Primary Industries' practices around fish dumping by commercial boats.

Michael Heron QC conducted an independent investigation after it was revealed that quota fish were discarded by five fishing vessels, whose skippers were let off with a warning.

Mr Heron criticised the decision not to prosecute.

The Ministry for Primary Industries has accepted it made flawed decisions in deciding not to prosecute the fishing boat skippers. 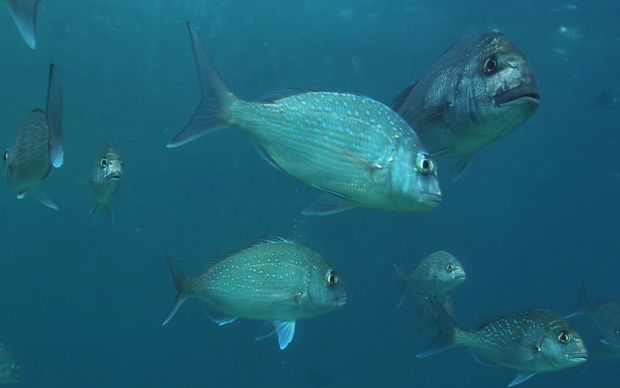 "The senior managers in the fisheries division of MPI intervened to block a prosecution that was recommended by the compliance officers. It was a prosecution based on very strong video evidence of serious illegal fish dumping.

"That's a very serious turn of events because it suggests MPI on the face of it [appear] to be captured by the fishing industry."

Dr Norman said the dumping was a longstanding problem with MPI suppressing evidence.

"The fisheries division of MPI needs to be put under external supervision. The States Services Commission needs to appoint a commissioner to that division because it's incapable of looking after itself, it's captured by the industry it's meant to be regulating."

The review of the Quota Management System must be done externally otherwise it was akin to the fisheries industry assessing itself, he said.

"The video monitoring which they're proposing to role out has to be done by an independent agency. Currently MPI are appointing a fishing industry controlled company to do the monitoring."

Dr Norman said the public should definitely not trust MPI because the only reason New Zealanders found out about what the ministry was doing was because the suppressed reports were leaked, he said.

Meanwhile, Forest and Bird advocacy and campaigns manager Kevin Hackwell said there was a conflict of interest because the fishing industry was being given control over providing evidence of their own offending because they owned the surveillance cameras that were being added to more vessels.

"The ministry has signed over many years several MOUs (memorandums of understanding) with the fishing industry about how it should work with them closely and coordinate a whole pile of things and you have the industry helping the ministry to decide what it does.

"It should be the other way round: the ministry is the regulator, it should be looking after the public interest and be very clear about where that distinction lies."

Mr Hackwell said compliance was done together by both parties and that should not be happening.

"The boundaries should be really clear and they aren't, that's the problem."

He cited the rolling out of the surveillance video camera as an example of blurred lines and said there was a massive conflict of interest.

Mr Hackwell said there needs to be a commission of inquiry.

"This is a constant complaint we've been making about the way the ministry operates and they've been saying 'no, no, no, it's fine, it's fine, it's a world class system, we're perfect' - no we're not. It's the culture in the ministry that thinks it's doing a great job when clearly it isn't and we need to review things."

"There's no doubt that there has been connivance with a number of officials over a long period, that shouldn't be summarily dismissed, it's a very very serious matter and I think it's fair to question whether the ministry has been captured by the industry."

Mr Parker said many of those involved in the cover-ups still held senior positions, but they should be made culpable.