Brothers, sons and daughters of soldiers killed in action and buried in Malaysia have given emotional pleas for the government to bring their remains home. 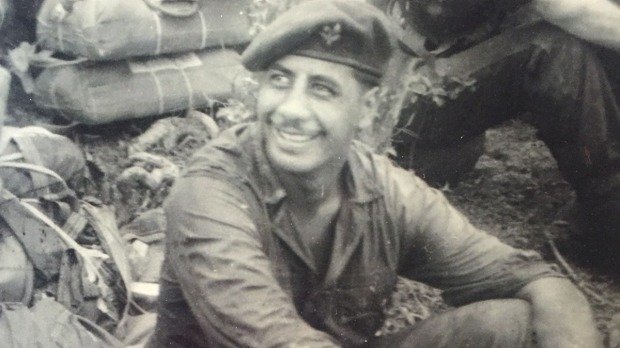 More than 50 years after the servicemen were killed, their families say they're still not at peace - and never will be - until the men are repatriated.

By the time the families had finished giving their submissions before a Parliamentary Select Committee yesterday, politicians from all parties present were promising to do everything they could to bring them back.

In 2014 Paul Thomas co-founded a group, Families of the Forgotten Fallen, and began contacting the relatives of the 31 soldiers and two children who are buried in Malaysia.

They were killed across South East Asia, mainly in the Malayan Emergency and Vietnam War conflicts.

Mr Thomas's brothers served in the military for New Zealand and one of them, Adrian, was killed in action in 1956.

He is buried in Kuala Lumpur. 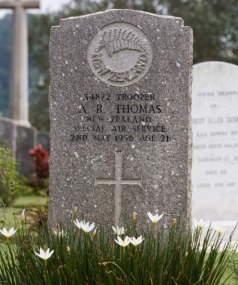 "I believe that the contribution our family has had on the defence of New Zealand has earned my brother Adrian the right to a return flight back to new Zealand.

Trish Smith's father, Robert White, died in September 1965 leaving behind a wife and three daughters under five in Wellington, in a society that had little sympathy for Vietnam war casualties.

In testimony that left many visibly moved, she said a black hole in the fabric of her family remained to this day.

"Mum, now 83, has onset dementia, and every single day she relives her sense of loss and grief as though his death has just happened.

"And every single day she relives her sense of loss and grief as though his death has just happened, and we, her children and staff at care, have to explain what has happened to her husband.

"When she finally understands she becomes desperate and pleads with us to bring him home."

Angela Hayden spoke of the damage done to her family because her father, Hoani Hapeta, is still in Malaysia.

"My brothers have never forgiven mum for what they perceive as her allowing dad to be left overseas.

"Our close and loving family unit was replaced with resentment, mistrust and dysfunctional relationships." 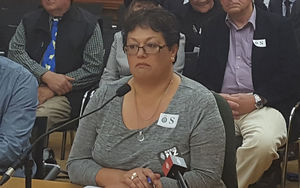 Mrs Hayden has visited the cemetery in Malaysia, which isn't protected by the Commonwealth War Graves Commission, and found a construction zone with most tombstones lying face-down.

She begged the government to bring the soldiers home.

"In bringing dad home our whanau will be able to begin a long overdue healing process - dad will finally get have the tangi he was denied all those years ago.

"Mum, who is very frail at 82, will be able to spend her remaining time with us knowing she made things right.

"My brothers and I - along with our children - will have the peace we deserve."

After listening to the testimony, the chair of the Foreign Affairs and Defence select committee, National MP Mark Mitchell said "it's time to bring them home".

"So I can't make any promises right here and now, that's outside my mandate, but what I can make a commitment to all of you is that this committee is going to work very hard to advance your wishes."

Both Labour and National MPs were appalled that Veterans Affairs - the agency charged with ensuring those who fought for the country, as well as their families, get the support they deserve - didn't send anyone to the select committee to listen to the testimony or to answer questions.

Veterans Affairs Minister Craig Foss would not be interviewed but said he was keeping an eye on the process.

The Australian government repatriated soldiers buried in Malaysia this year, saying "it was the right thing to do".

It's been estimated it would cost about $350,000 to bring back the New Zealand soldiers home.