A leopard seal that has been lurking in Auckland's Westhaven Marina has forced scientists to postpone a surveillance dive in the area.

The female leopard seal has been spotted in the marina and elsewhere in Waitematā Harbour on and off for months, by boaties and other harbour users. 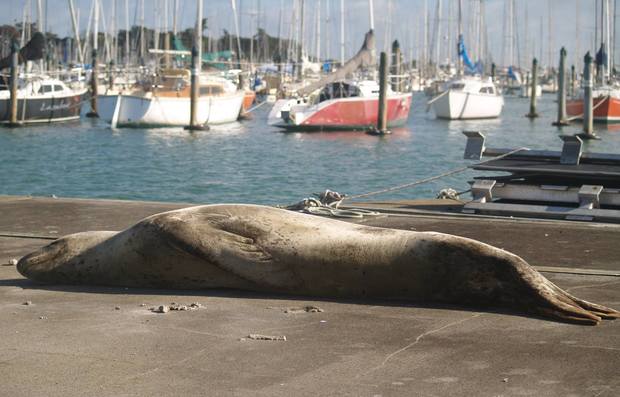 The leopard seal is well-known to boaties and other marina users. Photo: Supplied / NIWA

The species has been known to be aggressive towards humans and the Department of Conservation has placed warning signs in the marina.

The National Institute of Water and Atmospheric Research (NIWA) said it had encountered the seal twice now while working on small boats in the area.

Marine ecology technician Andrew Miller said NIWA's marine biosecurity team had nearly finished its winter survey of the marina, but the seal's continued presence meant the team had not been able to send divers into the water yet.

"We're talking to our divers and coming up with some sort of scenario where we limit the risk." 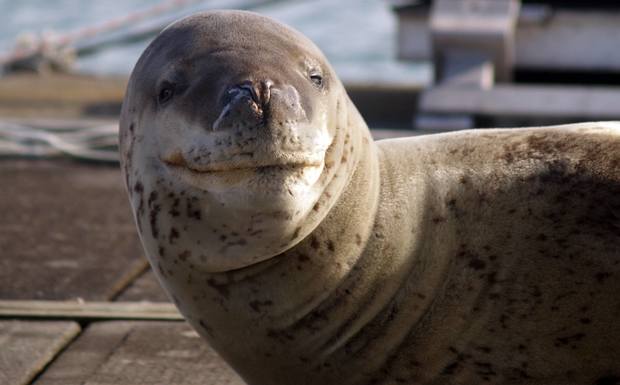 It was not a very large leopard seal, Mr Miller said.

"I think it would be pretty safe to dive - we're looking at that now and hoping to get that set of dives done by the end of the month."

The surveillance dive was to make sure there were no new invasive species or other biosecurity threats in the marina, he said.