A decile one Auckland high school is being bypassed by local students in favour of richer schools, despite receiving international recognition for its teaching and technology, its principal says.

Tamaki College in east Auckland has a roll of about 550, but only seven students were Pākehā - similar to other low decile schools in poor parts of the city. 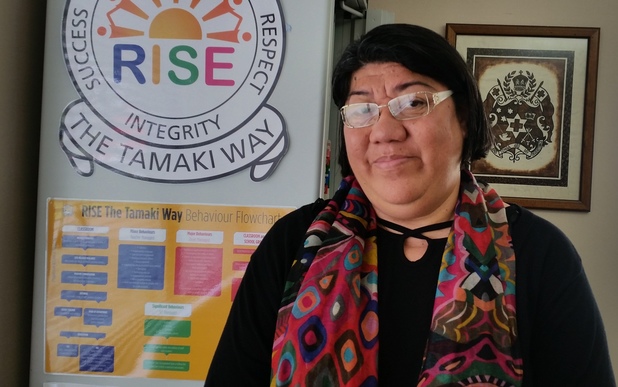 That's despite education groups from around New Zealand and other parts of the world visiting the school to see its ground-breaking digital learning programme and teaching methods.

Principal Soana Pamaka said the college's NCEA achievements had improved significantly in recent years but it still failed to attract local students, both Pākehā and Polynesian.

"They go elsewhere because they think that they're going to do better. Also for some of our families your social status is immediately elevated if you can say, 'My child doesn't go to Tamaki College.'"

However, within the school zone there is also a street of waterfront houses worth an average $1 million, where most of the residents are Pākehā.

None of the children from that street attended Tamaki College, Ms Pamaka said.

"I think its a perception about the school and that perception says something like this: the school is 75 percent Polynesian, there's violence, there's gangs in the school - so our children are not safe there."

A parent of one of the few Pākehā students, Tsana Plessius, said many parents sent their children to private schools because they worried they would fail at a poor school.

"Families use the religion card to get into the private schools, and I guess they've gone out of zone because they see it as being a decile one school, poor school, kids won't achieve."

Her 10-year-old son Robin - who was academically advanced - was thriving at the school, she said.

"He loves it at the school so he'll carry that with him. He'll be proud of where he went to."

The college was part of the Manaiakalani cluster of 12 schools where all lessons were done on computers.

Each student at the college had a laptop, subsidised by a philanthropic trust, with each family paying it off at $4 a week for three years.

Year Nine maths teacher Noelene Dunn said unlike a traditional class that relied heavily on the teacher to drip feed information, students tapped into research on their own computers.

"They can access their learning from so many different platforms and the teacher's there to make sure they're on the right track and if there's an issue we discuss.

"So, gone are the days where I tell them what to learn." 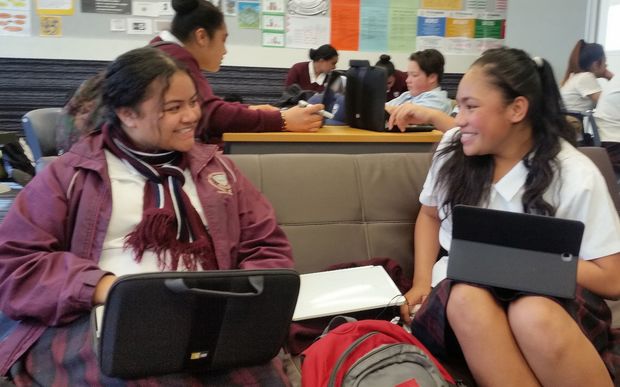 "It makes learning a little bit more easier for me because if you are unsure of things you don't always have to ask the teacher - you can use resources online."

Alisi Pauuvale travelled from out of zone in Mt Wellington to Tamaki College after winning a scholarship there.

The school had good learning resources but it was special in other ways, she said.

"It helps a lot of the kids especially us, Pacific people. It feels more like home than other schools."

Soana Pamaka said her goal was to increase the proportion of Pākehā students to 10 percent - about 50 students.

The school planned to promote itself more actively by going to the feeder primary and intermediate schools from early next year, she said.