Staff at Victoria University are seeing red over disagreements regarding their employment negotiations.

As part of their protest, the 850 Tertiary Education Union [TEU] members will play the 1978 Split Enz song I See Red each hour, every hour on their computers, laptops, tablets or phones, while they are at work today. 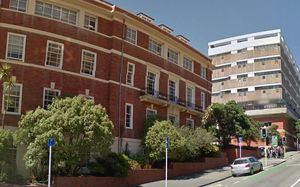 TEU deputy secretary Nanette Cormack said they wanted to have a bit of fun, but would not rule out more traditional strike action.

Today's strike action was a way for union members to express their feelings and support the bargaining team during negotiations, Ms Cormack said.

She said the union was negotiating three separate collective agreements with Victoria University and was in dispute about all of them.

"For the general staff obviously it includes their pay scales.

"For the academic staff and the research assistants and fellows, the dispute is around things like the salary increase and some other matters."

The union has complained about the university advertising jobs at higher pay rates for those willing not to go on a union contract.

In a statement, Victoria University said it respected the rights of union members to take strike action.

"The TEU has notified the University of the action to take place tomorrow.

"Before notice of strike action was given, the University and the TEU had agreed to return to the bargaining table [this morning]."