A woman in her late 60s is in hospital with head and facial injuries after a carjacking in Auckland. 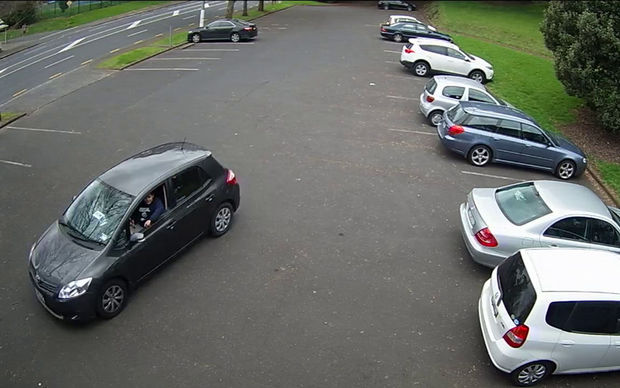 The woman arrived at the Lagoon Stadium YMCA in Panmure shortly before midday, about the same time a red Honda Fit with three people also arrived.

Police tonight released CCTV footage of the incident, which showed two young women getting out of the Honda and approaching the woman.

Detective Sergeant John De Heer said the woman was pulled out of her car and tried to run away, but was chased by the two women, who struck her several times in the head with an object, then kicked her in the head as she fell to the ground.

The victim was lying behind the car but was shoved out of the way by one of the women as the other reversed the car, and managed to run for help as the car sped out of the carpark, he said.

The incident was violent and the footage of the assault was alarming, Mr De Heer said.

"We want to hear from anyone who knows who these two women are.

"It may be that these women have been scoping out other carparks prior to this and have appeared suspicious; they may well have been driving erratically after this incident too," he said.

The woman's car was found abandoned in Mangere shortly after 5pm today and was being forensically examined by police.

Police said her condition had improved since this afternoon, but she would remain in hospital overnight for observation.

Anyone with information about the incident, including sightings of the Honda, which had been reported as stolen, was asked to contact Auckland Police.