The body of a man whose Franz Josef workshop burned down last night has been found, police say. 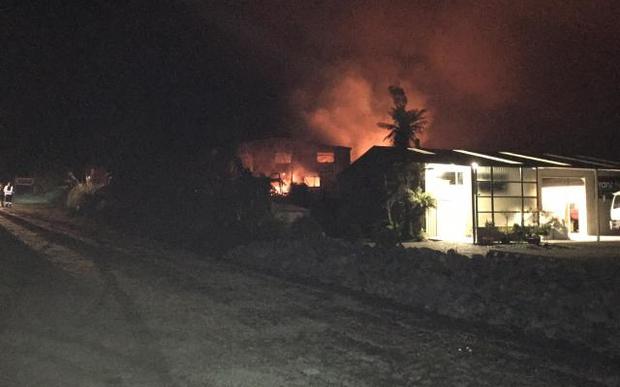 The body was found at the scene of the major blaze, on Donovan Drive in the West Coast township.

Officers were called by the man's partner to the workshop about 7.40pm yesterday.

She warned the man was driving a bulldozer around the property, and the house and the mechanical workshop were on fire, the police said earlier today.

The man's partner was not at the scene and was not in danger, they said.

Police said they believed the man had a number of firearms wrapped in a blanket and was carrying a barrel of oil in the bucket of the bulldozer.

They said they cleared the area for the safety of nearby residents, but fire crews could not approach the blaze for many hours because of its severity and the dangerous goods there.

The fire was extinguished by 2.30am though there had been some minor flare-ups since.

The police said this afternoon they had not completed formally identifying the man, but believed it was him and had notified his family

Their investigation was continuing, but they were not seeking anyone else in relation to the incident, they said.

'The place was completely engulfed' - neighbour

A neighbour said earlier that he had tried to find the owner but the blaze was already too dangerous.

The manager of the Franz Alpine Retreat, Keith Hartley, said the man's partner had banged on his door in an absolute state, saying the place was alight and her partner was inside it. 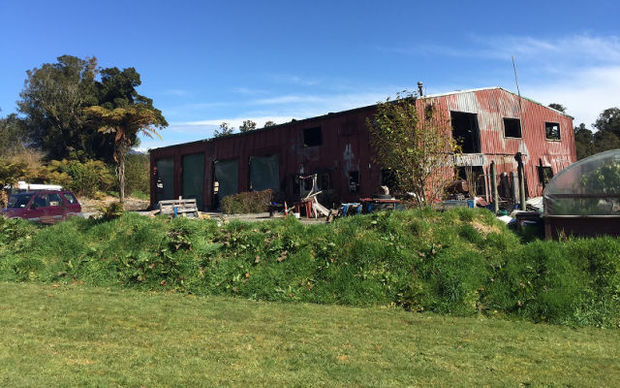 The property before the fire, in a photo supplied by police Photo: Supplied

"I jumped in the ute and went up there to go and have look and see if I could do anything, and I walked around and shouted for him, but there is no way he would have heard me because the place was completely engulfed."

Mr Hartley said the flames were about 5m high, very hot and there were multiple explosions, which he thought were from fuel tanks and vehicles exploding.

He said the man's partner told him they had had a fight and the next thing she knew the place was alight.

Mr Hartley said the events were a shock and very sad.