Hamilton City Council has spent more than $200,000 on safety improvements at Hamilton Zoo following the death of a zookeeper, it says. 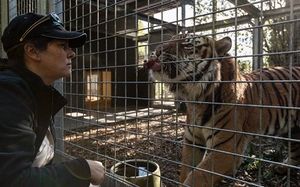 Sentencing has been delayed until Friday in relation to health and safety charges laid by WorkSafe after Samantha Kudeweh was mauled by a tiger last September.

The 43-year-old was killed after entering the enclosure of a tiger at Hamilton Zoo, not knowing he was roaming free.

The council pleaded guilty in June to failing to take all practical steps to ensure her safety.

But the council argued it should be fined no more than $40,000, after taking into account mitigating factors such as the reparations it had already made, its early guilty plea, and previous record of no health and safety convictions.

If further reparations were required, the council should only pay modest sums for emotional harm and financial loss, it said.

The council's lawyer, James Gurnick, said the council was genuinely remorseful and had attended a restorative justice conference with the victims' family.

Its prosecutor, Catlijne Pille, said the financial loss included the loss of Ms Kudeweh's earnings, up until the time her two children come of age.

Ms Pille said Ms Kudeweh's husband Richard, who was also working at the zoo at the time of her death, no longer felt able to work there and faced an uncertain financial future. 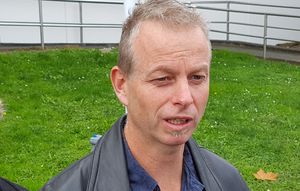 She said the tiger was an obvious hazard and there were practical steps that could have been taken prior to the accident.

Those included implementing a two-keeper system, and making adjustments to gates, locking devices and signage.

She said a 2013 incident, when a keeper had a close call with a tiger, should have alerted the council that steps needed to be taken.

Mr Gurnick said the council's departure from industry standards was not significant in an industry where there was a lack of discernible international guidelines.

He said WorkSafe's practical steps were not fail safe, and processes would always require keepers to identify that an animal was not in an enclosure they were about to enter.