People have been stealing hospital sanitiser to get a fix of alcohol, the Waikato DHB says - with concerns raised about their behaviour and for their health. 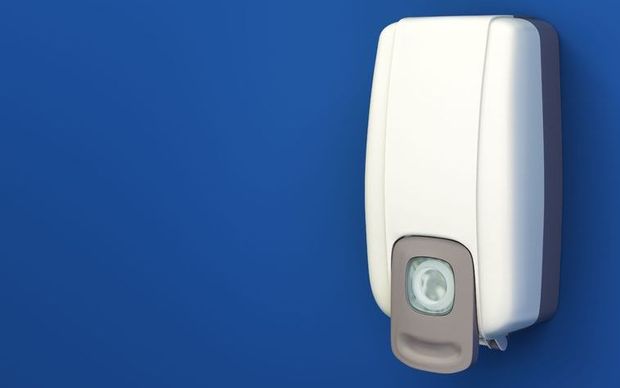 The DHB reported 50 to 100 bottles of hand sanitiser had been taken from Waikato Hospital in the past year.

DHB security manager David Wilson said people who were homeless had been coming into the wards to take the sanitiser, which was 70 percent alcohol.

"It's like getting drunk on alcohol, I guess. They get abusive, loud and it's the anti-social behaviour that then happens in town as well."

Mr Wilson said security guards at the hospital had been abused and they had also had complaints from a bus company about people drunk on Sterigel abusing passengers.

Bernard Pavlovich, the chief executive of Pavlovich, which runs a shuttle through Hamilton's CBD, said several drivers had reported dealing with what he described as anti-social behaviour, which they suspected was the result of consuming this type of product.

"It's a free service, and it's there to really benefit users of shops and restaurants and cafes and bars and services around the city, and unfortunately it does tend to get used by people who have nothing better to do with their day than sit on the bus and watch the world go round and they're maybe high on some product."

Mr Pavlovich said the small group of people involved could seem intimidating to other passengers.

Concern for health of users

Hamilton Christian Night Shelter manager Peter Humphreys said some people who were homeless, and others, had been using the sanitiser for at least a decade.

He was concerned people seemed different after consuming it, he said.

"Some of them get quite aggressive with the stuff. You know I've seen them coming back and they've been using it. Because it's a chemical concoction, you don't know what's actually in there. It's not like a bottle of wine or whatever. We really don't know what it does to the human insides, I certainly know that it makes people aggressive."

Mr Humphries said he was also concerned about the possible health effects of consuming the sanitiser and had asked the Waikato District Health Board to consider more natural products.

But the DHB said it couldn't use any other product, as its sanitiser must contain 70 percent alcohol to comply with Australian and New Zealand gold standards.

It said consuming the sanitiser would cause health effects similar to the long-term misuse of alcohol.

Mr Wilson said the sanitiser thefts were happening daily but had decreased to one or two a week since they started issuing trespass notices to repeat offenders.

Security staff had tried putting ties around the sanitiser cradles to stop people lifting the bottles out, but people snipped the ties too, he said.

It took time for staff on the wards to pick up that people shouldn't be there and alert security, he said.