A man who died after jumping from the Auckland Harbour Bridge had led officers on a 40 minute chase across Auckland, police say. 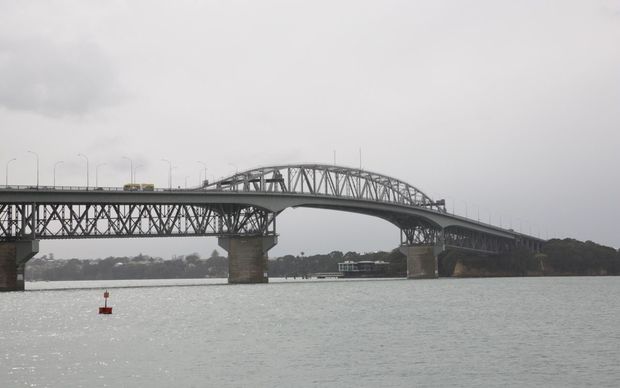 Police said the man had been wanted for some time, and about 11am today they were told he had gone to a North Shore address and stolen a car and money from a woman he knew.

They said he failed to stop for officers and a pursuit began, before the man stopped his car on the bridge and jumped off the side.

Police have named the man as 31-year-old Alaric Eccleston.

In July, they put out a public call for help to locate Eccleston, saying he'd been on the run since cutting off his electronic monitoring bracelet in April and should not be approached.

He had also been charged with assaulting someone using the butt of a firearm.

Inspector Trevor Beggs, speaking at a news conference this afternoon, said police started the pursuit near Esmonde Road in Takapuna.

"This person was someone the police had been looking for over a number of weeks and there were four warrants for his arrest. Police also had alerts on this man for firearms possession."

The driver failed to stop, and police pursued him to the city, where he rammed two police cars in Parnell, Mr Beggs said. No officers were injured.

Police abandoned the chase in Newmarket because it was in a pedestrian area and the car was being driven dangerously, with a police helicopter continuing to track the car. 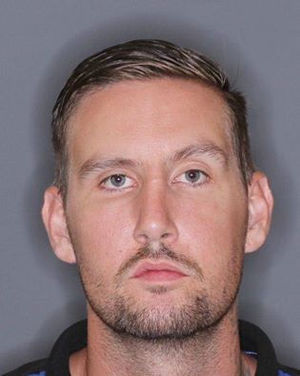 The driver then travelled to Mount Eden, to Mount Albert and onto the Western Motorway at Te Atatu. He then headed back towards the city and the North Shore.

"My information is that when he got back onto State Highway 1 here in the city, the pursuit was reinitiated. So at the time he stopped on the Harbour Bridge, police units were a short distance behind."

He said there were perhaps three to four units following the man when he reached the bridge.

"At the highest point of the Auckland Harbour Bridge, he stopped his car, he got out of his car and immediately jumped over the railing."

He estimated the entire chase had lasted 40 to 45 minutes.

Officers from the Deodar police boat pulled the man from the water and performed CPR on him as they travelled to the Marine Rescue Centre in Mechanics Bay.

Medics from the Westpac Rescue Helicopter base then assisted with medical support, but the man was pronounced dead at the scene.

Police had informed the man's immediate next of kin and offered them support, and the Independent Police Conduct Authority had also been advised.

The left-hand northbound lane of the Harbour Bridge was blocked for some time earlier today.