A soldier jailed for a range of drug offences, including offering to sell a psychoactive substance and offering to supply a Class B drug, has asked the High Court to overturn the sentence. 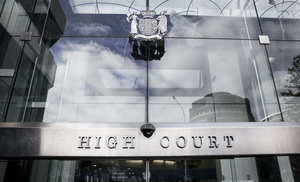 Following a court martial at Linton Military Camp last month, Jacob McCartin was ordered to spend four months in a Corrections-run prison, rather than a military facility.

He pleaded guilty to the charges and was sent to a civilian prison, rather than a military facility, to stress the severity of his offending.

McCartin's lawyer, Paul Murray, today told the High Court in Wellington that four months in a civilian jail was a manifestly excessive sentence, and some other kind of detention and dismissal from the army would have been more appropriate.

He said beyond messages found on McCartin's cellphone, there was no real evidence of commercial dealing and no drugs were found on him when he was searched.

However Justice France questioned that, based on the messages. 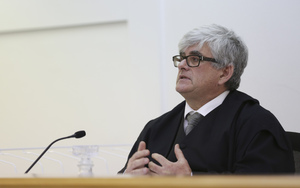 Justice France questioned claims that there was no evidence of commercial dealing in McCartin's case (file). Photo: RNZ / Rebekah Parsons-King

"Given the timeframe, he's initiating sales, people contacting him and he's negotiating prices, that suggests a person in the middle of dealing drugs? That's the inference I take."

Mr Murray said he could not argue with that.

Regarding the length of the jail term imposed on McCartin, Mr Murray said a civilian would be released from jail after serving half the four-month sentence, but that kind of automatic release did not apply to military prisoners.

Mr Murray said McCartin's offending was at the lower end of the scale and, while the military context made it more serious, it could be punished by a sentence of detention and dismissal from the service

He said his client was a relatively young man with real prospects of rehabilitation and being able to make a good contribution to society in the future.

"He has skills. His service has been good, with these events significantly blackening that, but imprisonment does provide a real barrier, particularly given the stigma attached to it, for him to fulfil that potential."

Mr Murray said imprisonment should be a last resort.

However, Defence Force lawyer Captain Robert Goguel said imprisonment in a civilian jail was necessary to deter others in the military from similar offending.

He said detention in a military services correctional facility would not have achieved that.

"It has more commonalities with an army basic training course than it does with a civilian prison. The focus [is] on education and re-alignment of the offender to the ethos and values of the New Zealand Army".

Captain Goguel said drug use in the military also raised a safety issue.

"The expectation of the military is that they live the ethos all the time. It's not just putting on the uniform in the morning and taking it off in the evening.

"If they think 'OK, while on leave it's all right to do drugs, because while I'm working I can't' ... they can be picked up at short notice to go overseas, and that can lead to safety implications."

Captain Goguel said the sentence imposed at the court martial was consistent with sentencing levels in the civilian and military contexts.

The High Court has reserved its decision.