Three out of four New Zealand men under 30 and more than half of all men have been victim to online harassment, a survey has shown. 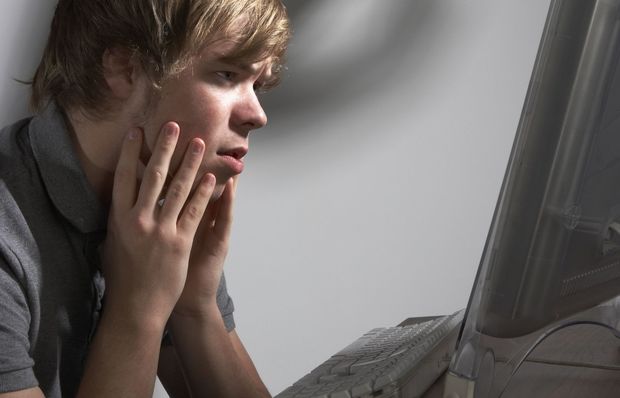 The harassment came in the form of abuse, insults, threats of violence and even death threats.

A similar study detailing the experiences of women online was published earlier this year, in which 70 percent of women identified online harassment as a major problem.

Kris Fox, who has been making vlogs, beauty tutorials and comedic videos for YouTube for three years, said he had learned the hard way that harassment came along with being an online star.

That did not make the things people said hurt any less, he said.

"When you look at the survey results you do notice that a high percentage of the people who are being targeted are from the LGBT community, which is my community - I was shocked to see that it was so high."

He had received death threats and comments telling him he was a "half-breed human".

"What does that even mean? It's pointless," Mr Fox said.

He had never been harassed in person, but he estimated he received at least five negative comments every time he posted a new video.

"If they won't say it in person why would they say it online?" he said.

"Telling someone to kill themselves is a strong thing [and] I don't think people understand how serious it can be."

He blocked people and reported harassment all the time.

"Sometimes I don't report it for myself but other people who might see it," Mr Fox said.

"More men are being harassed than I thought - the nature of the abuse and harassment is so broad as well."

There were differences in how men and women dealt with the abuse, he said.

"Men have the 'she'll be right' attitude - they play it down.

"Women report it to the police and use online tools, which more men need to be doing," Mr Shaw said.

The survey showed 60 percent of online harassment was through social media.

"Online harassment can cause suicide and depression and the statistics in New Zealand show we have high rates of suicide among young men."

"I don't think Instagram and Facebook are doing enough around harassment - it was only last month when Instagram brought in the option for celebrities to block and report comments."

Harassment and bullying affected everybody so it was not surprising that it affected men as much as women, he said.

"The main point for people to do is seek assistance from appropriate agencies and that varies on where they are being harassed online.

"It is a little bit case-by-case but in general there are industry tools and agencies there to help people."

The Harmful Digital Communications Act was being phased in and was starting to pick up abuse at the more extreme end of the scale," Mr Cocker said.

"Once more of the regulations come into force New Zealand will have better services for online abuse than anywhere else."

What to do if you are harassed online