Four of Auckland's leading mayoral candidates acknowledge the city has a housing crisis, but none want house prices to fall, an RNZ debate has revealed.

The race for the mayoralty is entering its final four weeks, with the only published poll in recent weeks putting veteran Labour MP Phil Goff clearly ahead of his rivals.

All four candidates acknowledged at the start of the debate that Auckland had a housing crisis, but none thought house prices should fall.

Mr Goff said the cost of housing was the region's most urgent problem but he did not think either central or local government had control over whether prices fell.

"If the bubble gets significantly bigger and then there's an external shock or interest rates increase ... then house prices will fall quite quickly."

That could leave tens of thousands of people who had just bought their first homes with negative equity, he said.

Central government still held the key to increasing the supply of housing and Auckland Council should be advocating for government to build more starter homes, Mr Goff said.

But Mark Thomas described Mr Goff's plan as banging on the table and asking central government for money, "because that's the only plan he knows".

Vic Crone said she wanted to start an impact investing scheme, where local and international investors could invest in services like the New Zealand Housing Foundation to rapidly increase the supply of housing.

"That market doesn't exist and we need to grow it."

John Palino took a different tack to his rivals, reiterating his plan to build a satellite city south of Auckland, beyond the metropolitan boundary.

"Cities around the world have built satellite cities," he said.

"You've got Brisbane that's built Springfield, Melbourne's now building Geelong ... and the reason for that is that you're able to accommodate quite a lot of people and build homes quickly in an open area."

Mr Goff, Ms Crone and Mr Thomas were all lukewarm on the Southern Initiative - the council's project to improve educational, economic and social conditions in South Auckland.

Ms Crone said she supported "initiatives in the south, absolutely".

However, she had some concerns about how the initiative's progress and how parts of it were being delivered.

Some aspects, such as education project COMET, were doing a good job but needed more support, Ms Crone said.

"They don't have enough money behind them to have an impact at scale."

That should change, she said.

"They will do way better than anything the government will come up with."

"But after five years of that and three different leaders, it's not delivering."

In some cases, it was competing directly with central government, he said.

"We're ending up wasting resources and not improving some of that key infrastructure and some of the things that will make a meaningful difference."

Mr Goff said Auckland was like a V6 car, "but it's only firing on five cylinders - the sixth cylinder is south Auckland".

However, Mr Palino, when asked, could not explain why some South Auckland high schools had no Pākeha students.

The candidates' plans for transport 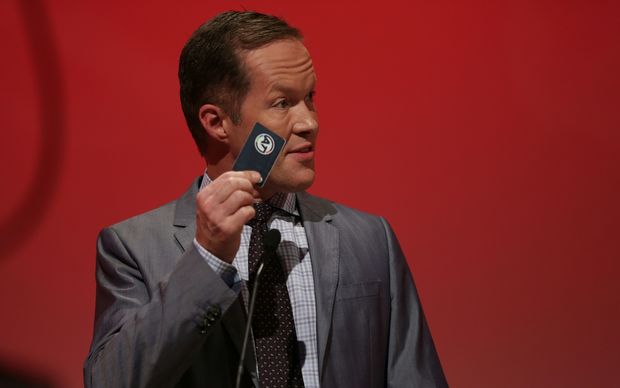 Mr Goff unveiled his transport policy this morning, before the debate started.

It included backing a light rail system in central Auckland, new battery-powered trains to replace old diesels to Pukekohe, the possibility of a new service to Huapai, and advancing other existing major projects.

Ms Crone's key transport policy was unveiled a week ago, and included a push to persuade the government to start the construction of twin tunnels between the CBD and the North Shore in 2020, to carry either rail or a rapid-bus system as well as cars.

During the debate, Ms Crone, along with Mr Palino, said she was opposed to any kind of congestion charges or road taxes.

"It's 2016, so instead of just throwing sticks at people to change behaviour, why don't we look at things like car-pooling apps, car-sharing apps, to actually get more than one person per car?"

That would make a difference to the number of cars on the road without "whacking" people who had no other alternative, she said.

But Mr Goff said despite the other candidates' opposition, Auckland was going to have to introduce some form of road pricing.

A regional petrol tax was a good start, but congestion charging was also a possibility, he said.

"[It's] the one thing that's worked successfully in Singapore, Stockholm, London."

Mark Thomas did not rule out a congestion tax but said he would rather restore a recent $130 million public transport budget cut and see whether the $3.5 billion council transport budget could be put to more effective use.

In the most recent published poll, a survey by SSI for website The Spinoff, put support for Mr Goff at 32 percent, with Vic Crone on 8 percent, Mr Palino on 4.1 percent, activist Penny Bright on 2.4 percent, local board member Mark Thomas on 1.7 percent and policy analyst David Hay on 1.4 percent.

But the race is far from over with 43.7 percent of voters undecided ahead of the 8 October election date.

Most of the leading candidates have been campaigning on variations on the same themes - curbing rate rises, cutting council costs, and looking for new ways to encourage home building in a city which is 40,000 dwellings short.