A structural engineering leader is "supremely confident" that steel mesh floors in houses won't fail in a life-threatening way. 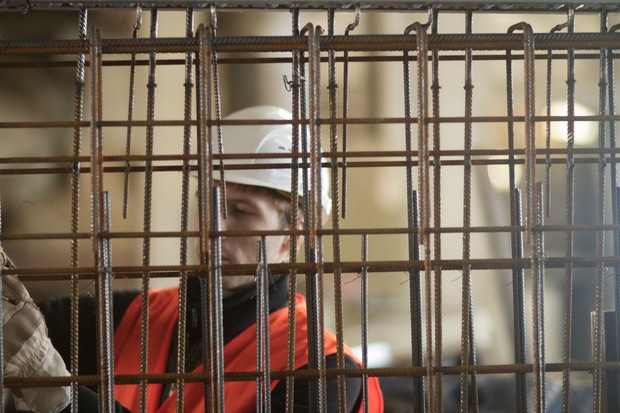 Steel reinforcing mesh for house floors has been falling short in crucial tests, and a class action suit has been launched against mesh suppliers.

He said the reduced capacity, due to the substandard mesh, would be "insignificant" in virtually all house slab floors, even if it was as little as half the required standard of 10 percent ductility.

"We don't yet know just exactly what the performance of that mesh is - there's work going on on the testing regimes etcetera," said Mr Campbell.

"But in terms of the life-safety performance of the requirements of the Building Code, we are supremely confident that the mesh that's in there will meet that standard."

The 500E seismic mesh was introduced in 2012 after ordinarily-reinforced slab floors performed poorly in the Christchurch quake.

The mesh was meant to be five times more ductile, or stretchy, than before, but Commerce Commission and RNZ News inquiries showed at least three companies - including two of the biggest players in the market, Steel and Tube and Euro Corporation - were making some mesh that was substandard.

The issue is more complicated with multi-storey buildings and Mr Campbell said some with this seismic mesh in the floors or walls would need an engineer to assess them.

"But the engineers that designed those buildings should very quickly be able to say, on a case-by-case basis if that's the point, and also the mesh is likely to be supplemented by reinforcing bars. So there's more to it than just the mesh."

The Ministry of Business, Innovation and Employment (MBIE) lead the checks of multi-storey buildings and recently received steel mesh test results from the Commerce Commission.

"These are complicated documents and we are considering the best way to release these to the relevant Building Consent Authorities (BCA) and to structural engineers," said the Ministry in a statement.

"It is BCAs' responsibility to follow up regarding its potential use in commercial buildings. The structural engineers responsible should be able to advise whether this is an issue for the buildings they have designed.

"It is unlikely that mesh ductility would be the determinate factor in meeting the Building Code."

Mr Campbell said he was not qualified to comment about whether defective mesh could impact on people's house insurance.

Insurers and MBIE have told home owners not to worry about that, but insurance lawyers said mesh exclusions would probably start turning up in household and commercial policies.