Shoppers are losing millions of dollars a year to businesses selling gift cards with expiry dates, and retailers should see them as bad for business, says the consumer watchdog. 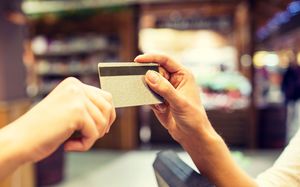 She said the practice among retailers was unfair and shoppers were losing as much as $10 million a year.

"The expiry date could be as little as six months, and some of them are up to two years. We think that is stingy, and they should be at least five years and even better, have no expiry date at all. People buy these vouchers, and have spent good money on them, people should be able to redeem them."

Ms Chetwin said businesses should ditch expiry dates altogether because research showed it made business sense to have people redeeming their cards.

"One thing that we did find in surveys is that generally people who use a gift voucher might buy something else as well, so it's certainly worth the retailers getting people into their shops, because they quite often spend more than what the gift voucher is actually worth."

She said Consumer NZ was giving businesses time to make the change before it started exploring legal avenues for regulation.