The Crown has begun its closing address at the trial of a Taranaki man accused of 49 sex offences committed over 20 years. 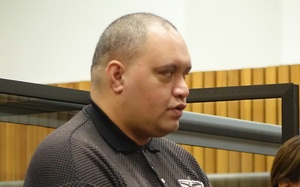 Nigel Allan Hauauru Nelson is on trial at the High Court in New Plymouth accused of rape, unlawful sexual connection, and sexual exploitation of a person under the age of 18.

The Crown says the offending occurred between 1996 and 2015 across Waikato, King Country and Taranaki, and involves 15 vulnerable males.

It alleges Mr Nelson lured many of his victims into committing sex acts with promises of money from a non-existent prostitution and pornography business.

Mr Nelson's defence said many of the allegations against him were fabricated, other sexual encounters were consensual, and it was not clear if the men involved were under-18 at the time of the alleged offending.