A mother has described as 'heartbreaking' the struggle her blind daughter goes through to get hold of everyday reading material like school textbooks and novels. 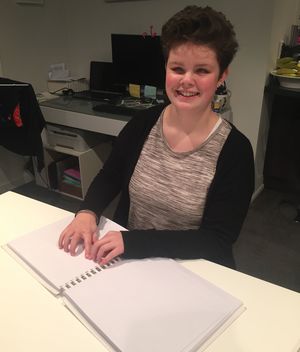 These subjects all require books - which shouldn't be an issue. But the Year 12 student says because she's blind her access to the books sighted people take for granted is limited.

"Not only is it hard for me to get school textbooks, it often takes a very long time for them to be produced.

"But also for leisure reading, often my friends read a book that's just come out and it's really hard for me to get a copy of the same book that I can also read because it often doesn't come out in accessible formats for a while or it's come out in another country and we don't have access here in New Zealand.

Her ambition is to study overseas but taking along an extra person just to read to her is not part of the plan.

"What I don't like is having to rely on other people to read stuff to me. Because I'm 17 now and don't really want to be read to at the age I'm at at the moment.

"I want to be independent and do things on my own," she said.

Her mother Leticia Patete says watching her daughter unable to read the same books as her peers has been devastating.

"A lot of the books that her friends are reading are not available in audible. I trawl so many different websites looking for books and I don't know, thousands of time I've had to say her I'm sorry sweet I can't find it, I can't find it in an accessible format for you."

Mrs Patete said this had been another challenge that she had no idea she would have to deal with. 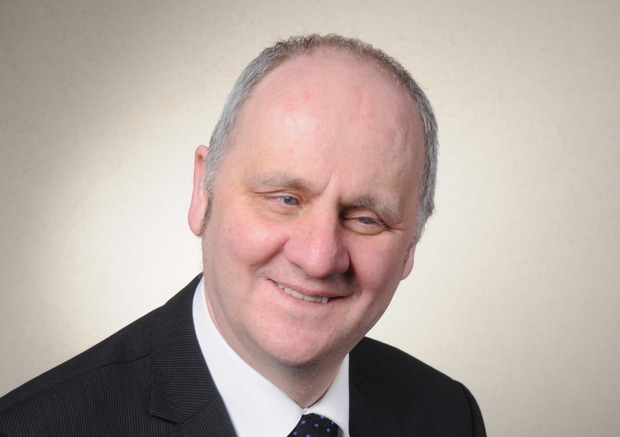 Neil Jarvis from the New Zealand Blind Foundation said it was like living in a "book famine". Photo: RNZ / Joanna MacKenzie

This is not an unusual situation, according to Neil Jarvis from New Zealand Blind Foundation.

He says it's like living in a "book famine" because copyright laws don't allow the sharing of Braille, audio and large print books across borders.

But a United Nations treaty, the Marrakesh Treaty, could solve this problem by getting rid of the copyright barriers, he says.

Twenty countries, including Australia, Canada, North Korea and India, have ratified the treaty which will come into force for those nations on 30 September.

New Zealand is yet to ratify it, meaning blind people in this country cannot benefit from it.

Mr Jarvis believes if New Zealand joins, it would make it easier for his organisation and others around the world to share their Braille and audio copies, because it would leave more resources to make accessible formats of New Zealand literature which otherwise would not be made available for blind people.

"Who else is going to produce New Zealand content if we don't? So it's really important that we try and channel our resources into doing that and it means that we can produce books that nobody else has and share it with people who would like to have that."

A consultation on the treaty has been conducted by the Ministry of Business, Innovation and Employment with all 29 submitters in favour of the joining the treaty.

The next stage is an analysis of the treaty being prepared to present to Cabinet.

Mr Jarvis says even though the government is supportive of joining the treaty, he fears it's taking so long that it will slip down the priority list and get lost as politicians focused on the election next year.

But Minister for Commerce and Consumer Affairs Paul Goldsmith disagrees.

"In any government we've got lots of things we want to do because we're a busy government.

"But I've made the decision that we should advance this and that's what we're doing."

Mr Goldsmith says while he's was trying to move the process along, the vagaries of Parliament's timetable makes it impossible to predict when exactly New Zealand will be able to join the treaty.