Auckland Council is for the first time considering changes to its political structure such as having some - or even all - councillors directly-elected by the entire region. 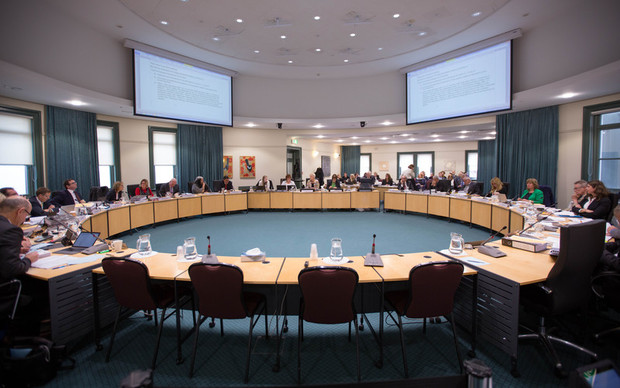 The ideas have been floated in a major review of its governance structure and will be considered by those successful in October's local body elections.

A draft version of the review says the scale of the reforms needed to make the six-year-old council more effective should not be underestimated, calling the governance structure unfamiliar and complex.

Consultant Gareth Stiven has divided the reforms into two layers; those that can be made soon to make the current system work better, and wider ranging reforms that will need a law change.

Auckland Council was formed in 2010 by merging eight local bodies into one regionwide body with a second-tier of 21 local boards and responsibilities divided between the two layers.

The draft review said the council organisation has struggled to meet the challenge presented in having to work for, and advise, 22 sets of governors in a structure unique in New Zealand.

"It is clear staff are confused by the structure and exactly where decision-making rests in different circumstances, and they are reticent to give proper effect to it," the 164-page report said.

The review has found tension between the department serving local boards and other parts of the council, and urges reconsideration of how the boards are supported.

The more wider-ranging reforms urged for consideration include having fewer but larger local boards that have greater influence and are easier to support.

The most significant idea put up for consideration is changing the make-up of the top-tier governing body, which has 20 councillors elected from 13 wards, and a mayor elected regionwide.

Mr Stiven said the councillors are required by law to work in the best interests of the region, but are torn in wanting also to be responsive to the communities that elect them.

The review said consideration should be given to whether it would be better to have some, or even all of the councillors elected regionwide, to strengthen the focus regionally.

The draft report has been presented to councillors in a closed-door workshop, and after feedback will be finalised prior to the 8 October election, for the incoming council to consider.

It does not extend to the separate issue of Māori representation, which the council must also consider in the next term.

The government in 2009 rejected dedicated Māori seats as recommended by a royal commission, instead creating the Independent Māori Statutory Board whose members sit on council committees but not the governing body.