More than $100,000 worth of stolen building materials, tools and equipment has been recovered in Hastings. 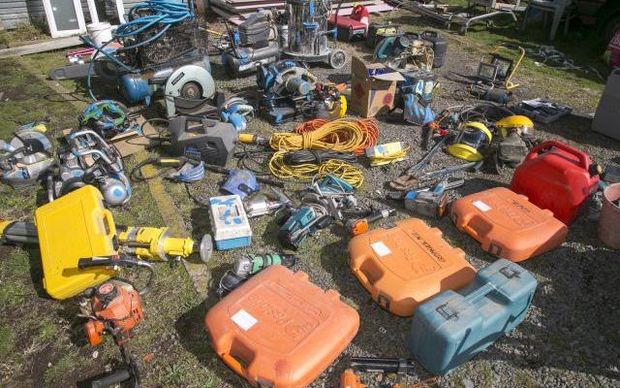 Stolen construction materials and tools have been recovered by police in Hastings. Photo: NZ Police

The items were found during a search of a house, sheds and a shipping container at a single site in Ngatarawa Road.

The investigation started when an officer spotted a suspicious amount of property.

Police said some of the recovered goods engraved with names, initials or driver licence number could be reunited with their owners.

Investigators were talking to about 40 victims of the thefts.

A man charged in connection with the thefts is due to appear in the Hastings District Court next week.