The Christchurch City Council has been slammed for delaying the removal of sea level rise warnings from property reports.

A peer review of the report that led to the warnings being put in the property reports in 2015 has recommended removing them immediately.

But the council now says it needs more time. 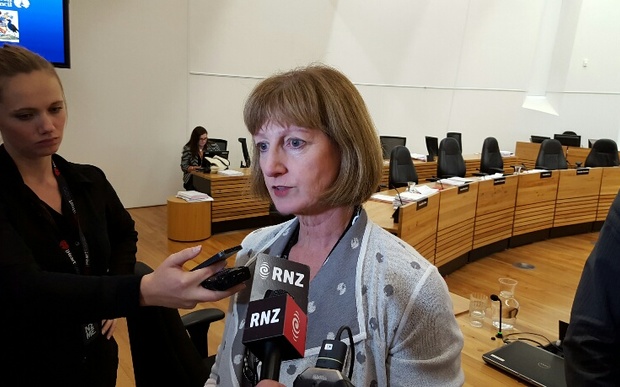 The warnings on Land Information Memorandums (LIMs) apply to 18,000 properties deemed vulnerable to flooding and a further 6000 classed as vulnerable to erosion, due to sea level rise caused by climate change.

The independent peer review said parts of the original report were inaccurate and, until they could be amended, the warnings should be removed.

Today, councillors voted in favour of putting this off for four weeks while yet another report is completed.

"So there's recommendations in the peer review, there is advice as well, which aren't actually recommendations but suggestions, there's statutory requirements and the other information that I have.

Coastal Residents United is pushing for the warnings to be removed.

After today's decision, a spokesperson for the group, Tim Sintes, said having them on LIM reports was having a huge impact on residents. 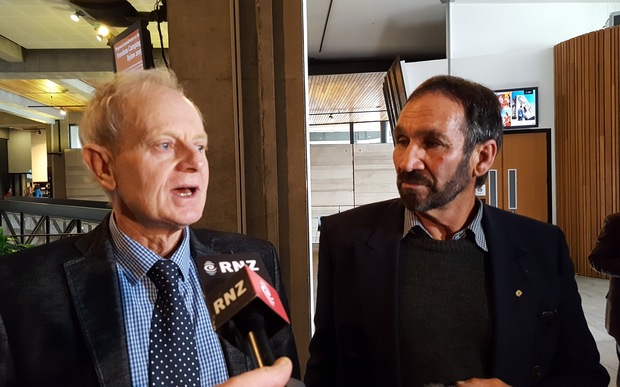 Darrell Latham, left, and Tim Sintes are among those who want the warnings removed. Photo: RNZ / Conan Young

"For the last year we've had cases where houses can't sell, insurance has become an issue, no insurance, no mortgage, so it's a big impact and it's really affected a lot of people."

Another spokesperson for affected residents, Darrell Latham, said the warnings could have been removed by the chief executive immediately and he was worried about her motivations for delaying the move.

"So we suspect something else may be afoot and the CEO is looking for a way to divert around this that might be more palatable for council [but] less palatable for the community."

Mr Latham had this warning for the council if it didn't follow through on the recommendations of the peer review and bin the LIMs:

"We don't want to move to a situation where we're going to have to consider legal action and that may be a very real possibility unless the CEO comes back with something that we perceive as being more palatable."

After being told the final decision to remove the warnings was over to the chief executive, city councillors voted unanimously in favour of the delay.

However many, including coastal ward councillor David East, did so begrudgingly, and questioned the rationale behind mapping the risks posed by sea level rise.

"I'm always mindful of the Parliamentary Commissioner [for the Environment]'s approach to climate change - that we have plenty of time to adjust to sea level rise, and the need to plan ahead in a realistic timeframe responding to actual change in sea level, rather than reacting now to something computer modelling may indicate could happen in 100 years time," Mr East said.

The council's chief executive will be back before councillors in a month with a final decision on whether the warnings will be removed and a timeframe for when a new coastal hazards map will be drawn up.