A summer water crisis could be looming in Hawke's Bay off the back of the Havelock North gastric illness outbreak, council documents suggest. 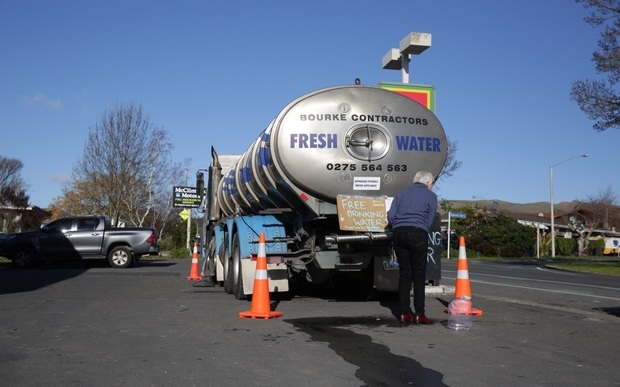 Council staff were opening a connection between the two supplies, after which the contaminated Brookvale bores in Havelock North could be turned off.

About 4700 people - a third of Havelock North's population - suffered gastric illness linked to campylobacter in the town's water. Interim tests have found the bacteria was most likely to have come from ruminants such as cattle, sheep or deer.

The current resource consent for the three Brookvale bores - which supply 75 percent of Havelock North's water - dates back to 2008.

The resource consent hearing report, which has been supplied to RNZ, said there was no capacity in Hastings' system to supply its neighbour over summer.

The one Hastings bore that was connected to Havelock North's system ran at full capacity during those months and could not supply Havelock North, the report said.

"Furthermore, no other source in Hastings was able to redirect water into Havelock North."

Hastings district mayor Lawrence Yule said the council had been expanding the capacity of the Hastings water supply since then, "but with Hastings supplying Havelock North, that will stretch that resource".

Councillors would meet next week to discuss the issue and possible solutions, he said.

"We'll begin a conversation about whether we have to put in a new bore in Hastings to feed Havelock North to give them the capacity they need, or whether we can re-direct, based on the existing new bores we've put in, a main of some form to further augment the Havelock North supply."

Putting in a new bore would only take a few weeks of physical work, but it would require a new resource consent, which could be more time-consuming.

"I don't know the exact timeframe, but that's one of the reasons we're looking at it from next week, so we actually can have an option available for the summer months."

"Particularly if we have a dry summer ... it's potentially going to be quite a big problem."

The resource consent for the Brookvale bores was granted on the proviso that the council would come up with an alternative supply by the time the consent expired in 2018.

That was due to concerns about the effect the bores were having on the nearby Mangateretere stream.

The council had planned to create new bores for Havelock North that drew on the Heretaunga Plains aquifer, which was much deeper and larger than the Te Mata aquifer the current bores drew on, Mr Yule said.

"We wanted to reduce the demand on the Brookvale bores over time.

"Now we have to say, well we are switching the Brookvale Road bores off and we need to more urgently find other options for the Hastings supply to supply Havelock [North]."