Better access to drugs is needed to extend the lives of patients with an incurable blood cancer, cancer specialists say. 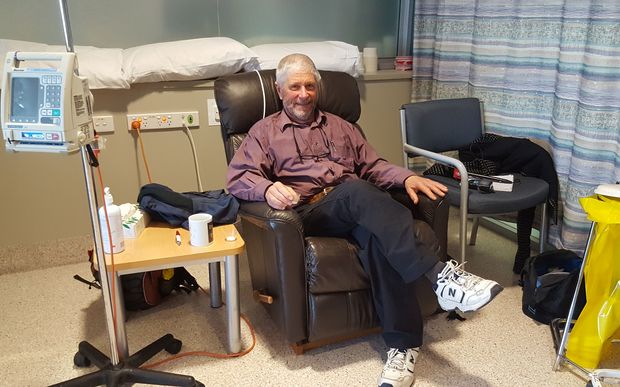 About 400 New Zealanders a year are diagnosed with the blood cancer multiple myeloma, and the number is rising.

A malignancy of the plasma cell, it led to destruction of the body's defence mechanisms, and was the second most common blood cancer being treated in this country, after Non-Hodgkin's lymphoma.

Survival with the cancer had improved dramatically over the past 20 years, from two or three years, to an average of seven.

That was partly due to better, novel drugs and improved support and care, specialists say.

Wellington patient Alastair Smith was diagnosed in 2001 and was the region's second longest surviving patient.

He had received a range of treatment over the past 15 years.

"I've been lucky that pretty well every time I've relapsed the medics have come up with a new drug for me, so Velcade is the latest one that I'm on."

Like many patients, Mr Smith did not know he had multiple myeloma until a painful hip while running worsened after a ski injury, and an x-ray looked "suspicious".

"I got the x-rays before the doctor had looked at them and I showed them to a doctor friend at the weekend who was kind enough to say it was something that should be investigated further.

"He said later that he had actually seen the marks of the multiple myeloma in the x-ray and thought I wouldn't actually be with him for much longer!"

Mr Smith, a keen Wellington cyclist, said his treatment began with a stem cell transplant and chemo, which bought him time. "They give you a very heavy dose of chemo, which essentially kills off your bone marrow, and then they put the stem cells back. That's a reasonably traumatic process but it did give me about five years of survival."

In that time he toured Europe by bike, including part of the Tour de France.

Since then he had had other drugs, including thalidomide - notorious for causing birth defects decades ago but helpful for multiple myeloma - a similar drug lenalidomide, and the new proteasome inhibitor drug bortezomib (brand name Velcade).

Mr Smith said the drugs, especially the steroids, had taken their toll.

"They [the drugs] essentially make you bounce off the walls for a couple of days and you can't sleep, and then you have a big crash, feeling tired and that can be difficult to cope with.

"It obviously does accumulate and I have fatigue now, more so than I did perhaps a couple of years ago. I have bone pain, I don't walk as easily so I've had to essentially give up things like tramping and running. In the last couple of years I've discovered the benefits of electric-assisted bikes when I found I could no longer bike up the hill to my home."

Mr Smith said New Zealand's lucky to have a good health system. "I'd hate to be in, for example, the American health insurance system where it's quite likely that I would have trouble paying for the drugs that I've had this morning." He has weekly injections with Velcade, given with two other drugs.

That was a worry raised by Paul Richardson, a visiting specialist in multiple myeloma from the Harvard Medical School in the United States. 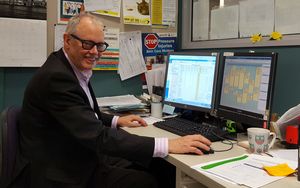 He attended a summit on the disease in Queenstown last weekend and said it was clear New Zealand needed new drugs and wider access to current ones.

"Pomalidomide (brand name Pomalyst) really should be available to New Zealanders in my view, because it's a really effective drug that works after lenalidomide fails, and the earlier these drugs are used the better."

Lenalidomide was funded in New Zealand as a third-line treatment for those who had relapsed. Professor Richardson and hematologist Ken Romeril, of the Wellington Blood and Cancer Centre, said access to the drug must be widened.

"You know the old saying, 'a stitch in time saves nine'. That's really true of these drugs. The sooner they're used the better they are in terms of their overall effect and the better the outcome for the patient," Professor Richardson said.

Dr Romeril said they were managing well with current treatments, and extending survival of a number of patients to 10 years, with Mr Smith at 15 years. He would like to see lenalidomide able to be used earlier and some new drugs funded, including a monoclonal antibody known as daratumumab.

He said that was worth aiming for. "If you can give people drugs that improve their survival and their outlook, you never know what's around the corner."