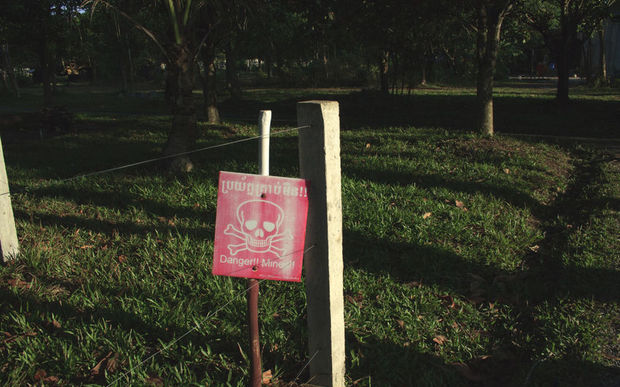 RNZ has reported that at least five of the nine government-appointed default funds have money tied up in these kinds of companies, which are banned by other government agencies such as the NZ Super Fund and ACC.

That tally now sits at six.

Kiwibank originally said its default fund did not directly invest in companies whose primary business was the manufacturer and sale of sale of arms or tobacco, or the provision of gambling services.

However, the bank now said that fund did hold some limited exposure - about 0.6 percent - in companies who carried out such activities.

That is because its conservative default fund invested in another fund managed by Vanguard, which is an index tracking fund, putting it in the same boat as Westpac, ASB and Grosvenor.

"Ideally, we would like to be in position where we have no indirect exposure to these types of investments.

"We're seeking ways to achieve this goal while at the same time being pragmatic and meeting the fiduciary obligations to our customers," a Kiwibank spokesperson said.

"Of Kiwi Wealth KiwiSaver Scheme funds with an equity exposure, we currently have between 4 percent (Conservative) and 20 percent (Growth) of KiwiSaver money invested in broad global index tracking funds.

"In total, between 0.0 percent and 0.9 percent of a fund is in industries that contain companies we would rather not invest in, but that are caught up in an index," they said.

Fisher Funds's default fund only had holdings in Honeywell International.

However, in a letter to a customer forwarded to RNZ, Fisher Funds managing director Carmel Fisher said she did not agree that Honeywell should be classed as a blacklisted company, by the definitions used by the Super Fund and ACC.

"This is a very broad definition which could encompass companies with a very small and indirect exposure to a particular industry. For example, under this classification, our KiwiSaver scheme was described as having an exposure to the nuclear industry via a small holding in Honeywell, an American diversified company that produces a variety of commercial and consumer products.

"A small percentage of its sales are in the 'defence and space' sector, which according to this classification, makes it a blacklisted nuclear company," she said.

Fisher also had a small exposure to tobacco, she said.

"This exposure was via a fixed interest holding in a fund that is managed by an outsourced manager.

"We are in discussions with that manager to ensure that our policy prohibiting exposure to the armaments and tobacco industries is applied in the funds that they manage for us," she said.