A state of emergency was declared at Auckland airport this morning after a Samoa-bound plane had to turn back due to an engineering issue. 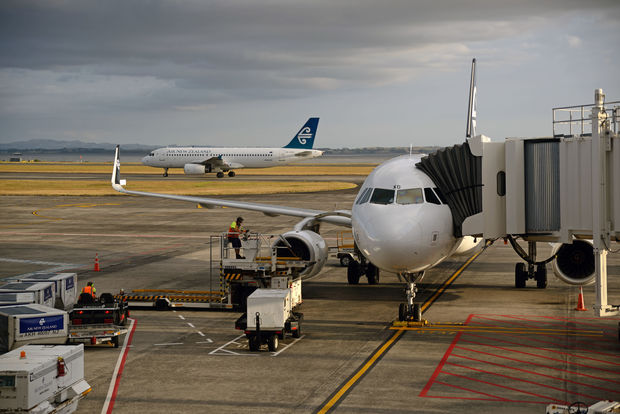 Air New Zealand said a Boeing 777 was on its way to Samoa when it had to turn back just before 10am.

The airport announced a state of emergency and the Fire Service was called out.

Air New Zealand said the pilots detected something was wrong shortly after take-off. They then turned around and landed safely.

Passenger Eliota Fuimaono-Sapolu, a lawyer and former rugby test player, tweeted that they were an hour into a flight to Samoa when the plane turned back.

So Im on this plane & we had to turn around because something wrong. We still getting towed in. I think this is us https://t.co/tMy3Mz07lX

He said he was thankful a conservative approach was taken and everyone was safe.

Earlier reports said there was a brake fire, but Air New Zealand said it believed a small amount of hydraulic fluid had dripped onto the hot brakes, causing smoke.

It said some people on the ground wrongly interpreted it to be a fire.