The crew fixing earthquake damaged pipes and roads in Christchurch in the middle of the night has been served with an excessive noise notice by the city council. 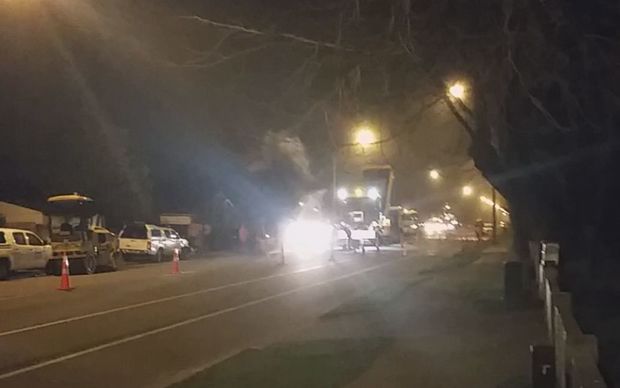 Residents have been kept awake in the the early hours of the morning with the noise of repair works including digging up concrete with jackhammers.

On Wednesday night the agency responsible for the repairs was issued an excessive noise notice by the city council.

Sharmaine Dale didn't get to sleep until after 1am as a jackhammer tore up the road and new seal was laid outside her Woodham Road home. 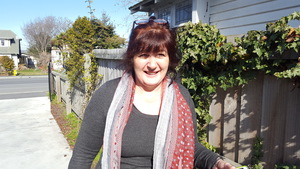 "It was very loud, this is double glazed in here and I could hear it quite clearly coming through. It was even stirring up the dog with the amount of noise that was going on, so it wasn't very fair really at all.

"I had the TV going just to even drown out the noise because it was that noisy it was even above the TV."

Notices sent to residents said the noise would be kept to a minimum after 11pm but it actually got worse after that, she said.

She called the helpline included on the notice but to no avail.

"You got an automated thing saying it was outside office hours which is annoying to say the least and then giving a number for the city council."

The council was unable to find the number for the site foreman and Ms Dale was forced to put up with the noise until a council noise control officer arrived after 1am.

Kim Twort said she could not understand why the non-urgent work could not be done during the day.

"And it wasn't just the jackhammer that was annoying, it was the fact they were digging up the concrete and just all their lights flashing and just the noises of the vehicles. I just thought it was really, really rude."

The level of disruption to the neighbourhood had been huge, she said.

"They're actually lucky I didn't go out and say something, or abuse them.

"It takes me a lot to get to sleep anyway. I gather everybody else would have felt the same, especially people with kids and babies."

James Dixon said he appreciated the city's infrastructure needed to be repaired, but would like to see authorities lift their game. 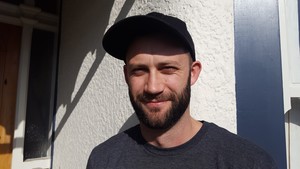 "Having a bit more forethought, rather than just getting the job done, especially in this case it would probably have helped a lot of people.

"Who knows who's having a difficult day at work today because they couldn't get any sleep, you know? So the flow on effects are pretty massive."

The joint government city council agency in charge of the $2.2 billion rebuild of the roads and pipes is the Stronger Christchurch Infrastructure Rebuild Team.

General manager Ian Campbell said this was the first time it had received a warning from the council for excessive noise.

"It's a difficult call for us. We need to do the work. We try to do it during the day, we block the road and that creates major problems for people trying to use the road; we do it at night, we create a noise problem for residents.

"The team concerned last night have put their hand up and said look we got a couple of things wrong there, that won't happen again, and they'd like to apologise to the people whose evenings they disrupted."

The same crew was due to be back on Woodham Road last night but crews were promising to stop using the jack hammer after 9pm, even if it meant breaking up the road by hand.