The mother of a Dunedin student who died suddenly of meningitis over the weekend says her daughter's death has been heartbreaking. 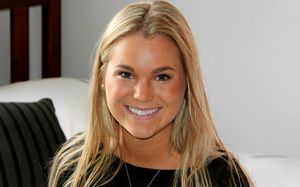 Twenty-one friends and associates of Brittany Arthur, a 20-year-old nursing student at Otago Polytechnic, have been offered preventative antibiotics by health authorities.

Ms Arthur died in Dunedin Hospital on Saturday after suddenly falling sick on Thursday, the day after she finished her final exams.

Local medical authorities said close associates were at a slightly higher risk of contracting the disease.

Ms Arthur's mother, Jose Arthur, said her daughter's sudden death had been heartbreaking, and she wanted to make sure no-one else got sick.

"As far as we know, they're all OK, and I was happy to give her flatmates' names and boyfriend's name so they can start their medication, because I wouldn't want anybody to have to go through what we're going through."

She said by the time she and her husband found out their daughter was sick, it was too late.

"Friday morning, at 3am, we got a phone call saying she was in ICU, we knew nothing about it before then, so we got the first flight to Dunedin on Friday morning.

"She was on life support then, and we thought she would be OK, she was on the antibiotics and everything she needed, and she looked so peaceful, but that was it really, she never regained consciousness."

Her daughter was passionate about becoming a nurse, she said.