Havelock North residents should find out today whether their water is safe to drink, Hastings mayor Lawrence Yule says.

Up to 2000 people have fallen sick after the town's water supply was contaminated.

Hastings District Mayor Lawrence Yule said if test results due today confirmed campylobacter was in the water, then the chlorine that has been added would make it safe to drink without first being boiled. 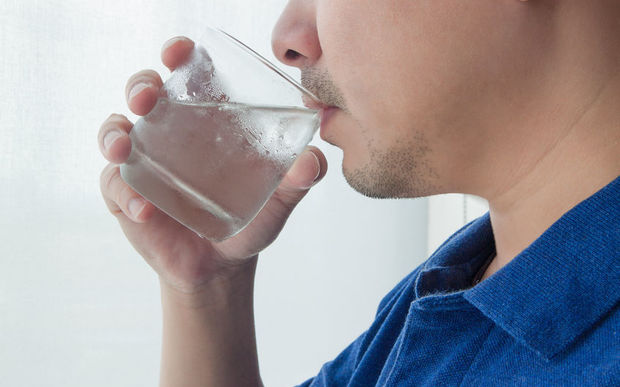 Test results due today will confirm whether there is campylobacter in the water. Photo: 123RF

Environment Minister Nick Smith said there was nothing to throw suspicion on the dairy industry as the cause, and all scientific expertise needed to be used to find out the source.

"The really critical issue is that in a first world country like New Zealand this sort of an outbreak is totally unacceptable and that is where government does need to take an interest."

Hawke's Bay public medical officer of health Nick Jones said local doctors and the hospital had been inundated with patients. Most of the people admitted to hospital have been elderly, and two were still in intensive care.

The outbreak has forced all schools and some kindergartens and businesses to close.

"We currently have 96 of our girls and 10 of our staff affected by the bug, and it seems to be variable. Some are very, very sick, some mildly so, some recover quickly, for others it's been quite debilitating."

The situation was even worse for other schools, with some saying up to 75 percent of their students absent because of the sickness.

"All of us are doing an assessment on Wednesday, to see whether we have enough staff. If we do then we will advertise whether we are a go for Thursday.

"So at this stage I really don't have any feeling as to whether it's a yes or no but hopefully these two days will help."

Mr Bain said the illness had all but shut down the town.

"Numbers of restaurants have closed, schools are closing ... we're normally a school of about 600 kids - when there's 250-odd children floating through the place it is very ghost-town like.

"People are hunkering down either through illness or they're being protective and ensuring wellness is occurring in their family, so I just don't think people are venturing out," he said.

However, staff at the local New World might disagree.

The store has sold more than 1700 10-litre boxes of water in the past three days.

Its owner, Richard Lucas, said they'd normally sell six a day at the most, but because of the need for clean drinking water - and the discounted price - it had been flying off the shelves.

Shirley Tobeck, owner of Little Guppies kindergarten, said more than half of her pupils, and four staff, have caught the bug, and she was surprised by how quickly the illness spread.

"Thursday there was a couple who weren't feeling well, but come Friday they were dropping like flies, and we were like, 'wow hold on this is not just coincidental', it was just too many kids, too fast." Though the kindergarten had been hard hit Ms Tobeck aimed to keep it open in the coming days.