The lawyer for Teina Pora is calling for Malcolm Rewa to be tried for a third time for the murder of Susan Burdett in 1992. 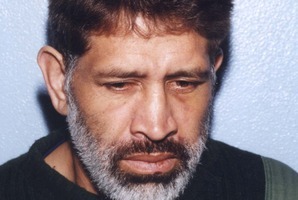 Mr Pora's conviction for the murder of Ms Burdett in 1992 was overturned last year.

Rewa, who has been convicted of several rapes, was tried twice for the murder, but neither jury was able to reach a verdict.

After the second trial in 1998, the Solicitor-General put a stay on further proceedings.

Ms Squire said the fact remained that Susan Burdett's family had been left with no-one held accountable for her murder.

"When we began this process we realised early on that it was going to be a two-stage process and our first and primary goal, which has been achieved, was to ensure that Teina's convictions were quashed and he was declared innocent.

"That's occurred, but in doing that we couldn't ignore the fact that Susan Burdett's family was left without anyone held accountable for her murder.

"One of the things we decided early on to do was to take any steps we could to ensure that happens."

Ms Squire said the legal team had written to the police for an indication as to what information they had based their decision on.

"We need to know what legal advice they're getting because it's likely to be fed back to the Solicitor-General. At this stage we have not approached her directly, we're still waiting to see what information we can receive from the police which at this stage is none."

After two juries had failed to reach a decision in Malcolm Rewa's case the matter had to be referred to the Solicitor-General, said Ms Squire.

"They could consider issuing a stay which has what has happened here, we're asking for the stay to be lifted and we believe that ought to happen.

"We know the police have considered it and indicated they don't believe there is the fresh evidence required or the standard to have the stay being lifted has been met, but the decision is ultimately one for the Solicitor-General."

Ms Squire said the fresh evidence about Pora did help support the case against Rewa.

"We think it helps the case in terms of asking the stay to be lifted because the case that was put to the juries in 1998 were based thereafter on the fact that another man had confessed and another man (Pora) had been found guilty of Susan's murder."

Three victims of Malcolm Rewa are also calling for him to be tried a third time for the murder of Susan Burdett.

Two of Rewa's rape victims went to court to have their name suppression lifted so they could speak out.

One of them, Rhonda McHardy, told Fairfax media that the police should prosecute Mr Rewa again.

"I can't obviously speak for Susan Burdett but I'm probably the closest alternative at this point to knowing how violent he was and what he was capable of."

She said justice had not been served in this case.

"You've got a killer that has never been convicted, you've got an unsolved murder and a family that have never seen justice for their daughter. And I don't believe there's any family in this country that would be satisfied if it was them."

Another victim, Tracey Kearney, describes Rewa as "an animal" and said he should never be released from prison.

"The thought of him being out and the general public being exposed to him again, it's unbearable."