One side involved in a stoush between Christchurch property developers has been lobbying the key government agency in charge of the city's rebuild. 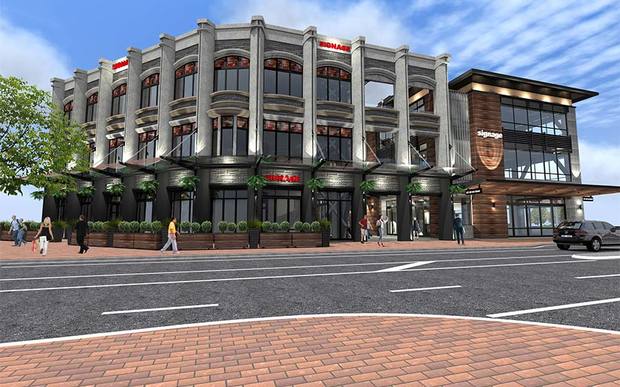 Richard Peebles is behind a $50 million office and retail development on the fringe of the city.

Today it was revealed two developers behind the Retail Precinct, Antony Gough and Philip Carter, had been lobbying the government rebuild agency, Otakaro, to prevent land being sold to Mr Peebles.

The developers said their Retail Precinct developments were struggling to find tenants because of competition from Mr Peebles.

In letters to the government rebuild agency, Otakaro Limited, they said Crown land should never have been sold to Mr Peebles because his development went against the government's blueprint for the CBD.

They said allowing fashion stores to open up outside of this area would dilute the original purpose of the blueprint.

But Mr Peebles said his competitors did not have a monopoly on retail developments.

"Mr Carter and Mr Gough appear to be under the illusion they have a monopoly on retail zoning in the city, and that's simply not correct. I don't see why we should be asking permission of Mr Gough or Mr Carter to undertake a permitted activity in a heritage precinct."

He said he had already lost potential tenants because of the negative publicity his rivals had been generating about the project.

Mr Carter and Mr Gough are also taking the Christchurch City Council to court over its granting of a resource consent to Mr Peebles' development.

Today Mr Gough said he did not wish to comment on his letter to Otakaro, but that he was hopeful of settling with the council, rather than seeing them in court early next year.