The father of a mental health patient who died while in the care of Waikato District Health Board will stand for a seat on the board in the October local body elections. 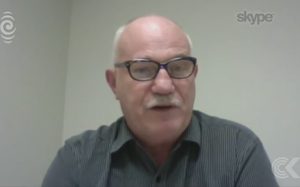 Dave Macpherson's son, Nicky Stevens, was found dead in the Waikato River two days after being let out on an unsupervised break from a mental health facility last year.

Earlier this week, police announced that the Waikato District Health Board would not be charged in relation to Mr Stevens' death.

Nicky Stevens was considered a suicide risk, but was allowed to take an unsupervised cigarette break. Photo: Givealittle

Mr Macpherson said that news was the last straw, and pushed him to stand in the coming election.

After his son's death, Mr Macpherson discovered there was no DHB policy in place to support the families of bereaved patients, and no clear in-house complaints procedure.

He said he felt compelled to stand to help the hundreds of people who had contacted him for advice since he spoke out about his son's death.

"Over the last 17 months, we've had a large number of other families approach us with their own, similar, stories," he said.

Mr Macpherson said hospital staff were doing their best for patients, but were often impeded by factors beyond their control.

"99.9 percent of the staff that work at the DHB are good, hard-working people who try to do their best for their patients. But they are frequently hamstrung in their efforts by poor management systems, sparse resources and weak leadership," he said.

Mr Macpherson is already a Hamilton city councillor, but has not decided yet whether he will stand again for council in the October elections.