The country's forensic pathologists are warning the service is on the brink of collapse, with families waiting months to bury loved ones.

They say they would not cope if there were a bus or plane crash, or an earthquake with many fatalities, and want staffing numbers increased from six to nine. 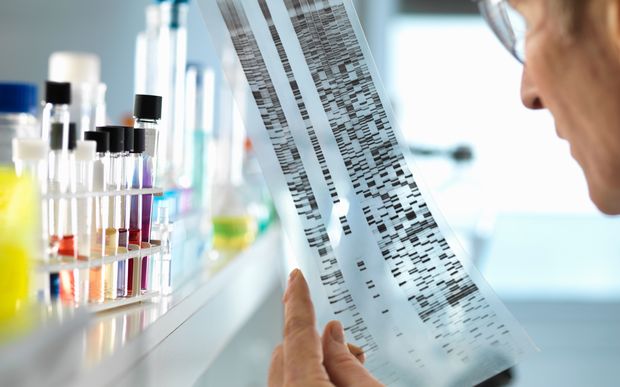 The two forensic pathologists on duty in Auckland this week had expected the bodies of the five Tongan men killed in a road crash at Aongatete on Tuesday night to come to them. They didn't, going instead to a hospital to be autopsied.

Forensic pathologist Paul Morrow said if the bodies had arrived they may not have been able to manage. "We are working at a level where even that degree of stress on the system becomes unsustainable," Dr Morrow said.

The Ministry of Justice was told in April a crisis was coming.

Now, three of the nation's six forensic pathologist have gone public, saying there is a 50 percent shortfall in staffing and they need three more people.

Dr Morrow said families have to wait weeks and sometimes months for bodies to be released for funerals and tangi.

"I have had coroners write me that there are families that are waiting for a final determination before they can close their estate matters, before they can get insurance matters, and we are simply unable to get to that because of the workload."

The national service's clinical director Simon Stables said if a bus or plane crash, or a major quake occurs, they simply could not cope. 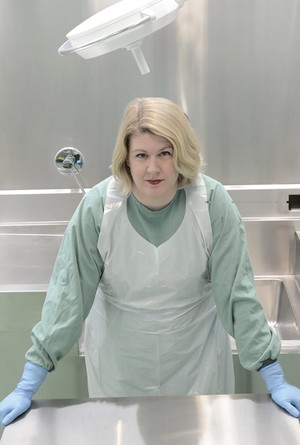 Dr Morrow said it could be a real embarrassment for the government.

Joanna Glengarry has experienced 18 months of rising pressure since she began early last year, saying she is working 12 days per fortnight, 60-70 hours a week.

"It's bad - at the moment it's a really precarious balance between maintaining a service and complete collapse in Auckland and nationally.

"Most of the time we're just grateful to get through the day unscathed," Dr Glengarry said.

If she or Dr Stables, the two on duty, gets sick that will leave just one forensic pathologist providing 24/7, on-call service to police for the top of the North Island.

Homicides and suspicious deaths continue to get that top priority, but routine post-mortems have to be shoehorned in when they can - and they say they are verging on burnout.

Ministry of Justice acting general manager of special jurisdictions Grace Smit said there was no evidence of a crisis in the forensic pathology service and that most coronial inquiries needing the services of a forensic pathologist were dealt with in a "timely manner".

She said changes in the workforce could create problems but there was a national service in place which meant the Auckland DHB could use locums from within and outside New Zealand to ensure coverage.

Ms Smit said the ministry could not comment further as it was in negotiations with the DHB over the contract.

Dr Glengarry said the Ministry's reference to 'timeliness' specifically referred to complex specialist cases, suspicious deaths and homicides, and did not take into account deaths due to natural disease, accident or suicide.

"It also doesn't address that whilst we are busy covering the cases, we are not getting our final reports into the death signed out.

"It's not just about the autopsies. The reports we prepare to the Coroner are complex medical documents that require hours to prepare," she said.

"Our turnaround time for these has increased hugely this year. I used to sign out 95 percent of my reports within three months.

"This year, I am nowhere near that ... until the Coroner has the report, they cannot make rulings or hold inquests. The police cannot progress criminal cases. The Courts cannot hold trials."

The Ministry said the national nature of the service, and use of locums, meant coverage could be ensured even when pathologists took leave or retire.

Dr Morrow, who was chief medical examiner in Vermont, is himself semi-retired in New Zealand.

He said colleagues in the US are interested in jobs here, but it would take six months just to get one registered - and five to seven years to train a junior doctor up to pathologist's level.

In March the South Island's only forensic pathologist Martin Sage told RNZ things were on the brink of a "catastrophic unravelling".

However, the Ministry said at the time the service was "sustainable, stable and operating well".

Dr Glengarry said this is not true.

"There's not a grain of reflection of what's actually happening in reality. No .... that's just not true."

Dr Glengarry said she has 18 weeks of leave owing, and is thinking seriously about heading to Australia when her bonded period in New Zealand runs out early next year.

"I'm exhausted. I've become jaded and tired. I mean, I've seen firsthand how much better the resourcing is in Australia - there's an active commitment to be the best that they can."

That meant when any staff member took leave or retired that could cause short-term challenges.

Dr Wilsher said the DHB was in contract negotiations with the Ministry of Justice and was working closely with the ministry over the long-term requirements of the workforce. That included considering how the DHB could attract medical staff to the profession and train junior medical staff.

The Association of Salaried Medical Specialists said the government should be worried and urgent action was needed.