Police dogs throughout the country will be sporting new stab-proof harnesses from this week. 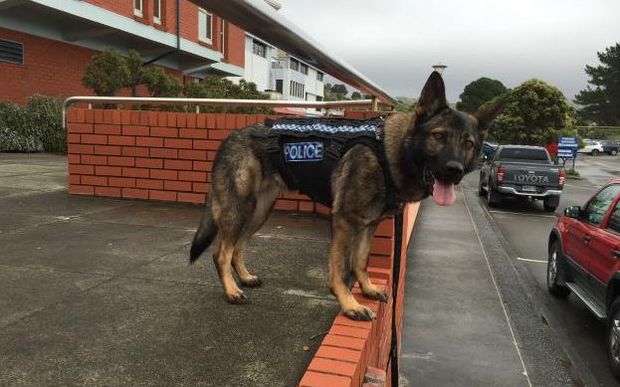 The harnesses are designed to protect the dogs the same way a stab proof vest protect officers, but without slowing them down or affecting their agility.

Ten dogs based across the country will this week receive their new vests, before they are rolled out to the remaining 120 dogs within the next three months.

The head of the Wellington Dog Section has welcomed the move.

Senior Sergeant Mark Davidson said the majority of offenders they dealt with carried weapons or knives, and there had been several instances where dogs had been attacked and badly injured.

"A lot of the people that we're tracking from burglaries, from stolen cars, have weapons of all descriptions, particularly knives and other weapons that can be used to stab dogs.

"The last one we had was a pitch fork, and the dog was stabbed in an area that had it been wearing the vest, then that would have turned that weapon aside," he said.

Mr Davidson said the harnesses were something they had wanted for years and had been actively working on in the past year. 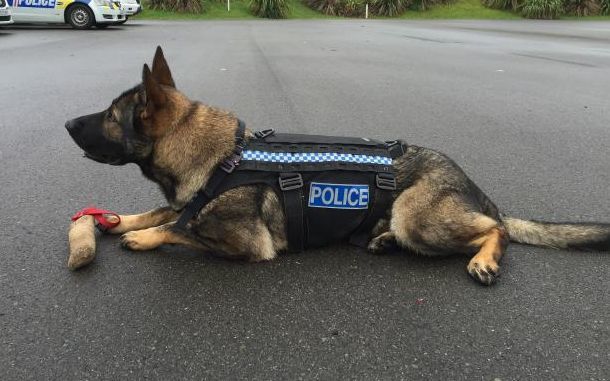 He said the harnesses would also help identify the police dog.

"Often when we deploy our dog, he isn't visible. The dog has nothing on him that says 'I'm a police dog and I'm engaged in some serious business'.

"With the harness on, the entire time he's working, straight away he can be recognised as a working police dog."

The harnesses were designed by Hamilton-based company Sabre Tactical.