An Australian drug rehabilitation advocate is calling for Australian and New Zealand governments to adopt a northern European approach to methamphetamine that uses legal consumption rooms. 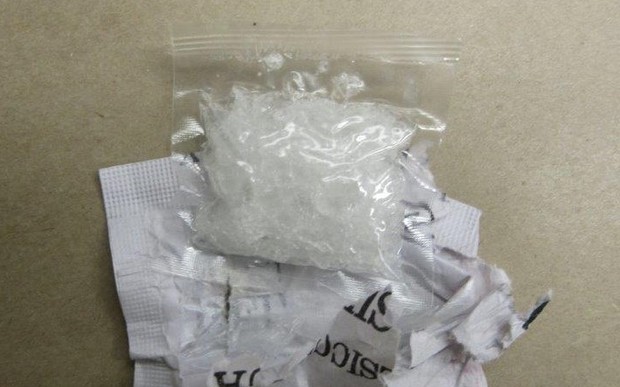 Methamphetamine - known as "ice" in Australia and "P" in New Zealand Photo: supplied

Matt Noffs is chief executive of the Noffs Foundation, and with his wife Naomi runs a early intervention service called a "street university" in Sydney, Australian Capital Territory and Queensland. He has recently published a book: Breaking the Ice: How we will get through Australia's methamphetamine crisis.

Methamphetamine - known as "ice" across the Tasman and "P" here in New Zealand - has a reputation as a "fearsome" drug, but Mr Noffs argues that the use of meth and other drugs should be treated as a public health issue, not a crime.

He is calling for innovative injection or inhalation rooms, which are used to deal with addiction in Germany, Switzerland and the Netherlands, to be introduced here and in Australia. 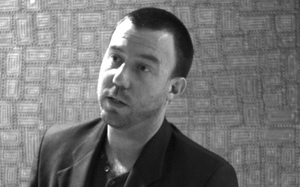 Mr Noffs said Germany already had nearly 30 "consumption rooms" and it had been shown that the benefits far outweighed the costs, with German banks the first to fund them.

More than 130 papers had been written on the efficacy of such rooms, which numbered close to 100 worldwide.

They were not about giving people permission to use drugs, he said, but to take the issue off the streets, help "impoverished" people into treatment and decrease crime.

"This is where our laws in Australia, in New Zealand, are incorrect," Mr Noffs said.

He said governments should treat drug dependency compassionately, with an evidence-based and health-focused approach, rather than treating drug use as a criminal issue.

Mr Noffs belongs to the harm-reduction movement, which does not see drug dependency as a disease, but works towards stopping people dying from drug use.

The paternalistic approach was not working, he said. He also argued that although increasing methamphetamine use may be a crisis, it was not an epidemic.

Although Australia had 200,000 meth users - proportionally twice as many as New Zealand - the number had not increased in the past 10 years.

Mr Noffs also pointed out that New Zealand's lower incidence was due to an evidence-based treatment approach.

He said New Zealand once had 6 percent prevalence of meth use ("off the charts") but after the government tried a treatment approach, it dropped to less than 1 percent.

"You've done a remarkable job by being compassionate and looking at the evidence and acting on the evidence, as opposed to acting on a hunch."

The fact that it was rising again could be due to lack of resources, he said. The New Zealand Drug Foundation had called for treatment to be doubled, as there was now a waiting list, he said.

Although methamphetamine could lead to anxiety, aggressive behaviour, paranoia and psychosis, Mr Noffs said with a triage system in place, experienced staff could manage manic situations. This was a good argument for inhalation centres instead of drug-affected people turning up in public hospital emergency wards.

Mr Toffs said someone suffering from methamphetamine-induced psychosis might need 10 people to wrestle them to the ground and hold them down. But 80,000 people had injected P in a drug injection centre in Sydney's King Cross over the past four years.

"How many episodes of violence? Zero."

He argued that advertising that scared people by saying P "destroys lives" was not working because it was based on a minority of violent reactions, which was not the experience of most users.

"It's demonising users, it's scaring parents, and when the brain is seized by fear, we're not creative, we can't respond in a strategic way."

Less than a quarter of users had psychotic episodes, Mr Toff said, and of the 11 percent who were hospitalised, those who continued to have mental health issues normally had underlying schizophrenia.

People needed to understand that it was rare, he said; most young people might use cannabis but very few would experiment with P.

He said those who became dependent on drugs were generally impoverished, rarely functional, lacking links to family and friends and often homeless.

On the other hand, "drugs to people who can get on with their life are secondary to a flourishing life".

Mr Noff said his drug rehabilitation centre dealt with preventing people from harming themselves and others, and not necessarily trying to stop them using all drugs.

"Our idea isn't to get kids off drugs, it's to help them find a flourishing life."