Part of central Christchurch was shut off this morning as around 500 police officers created a guard of honour at the funeral for a colleague who died this week. 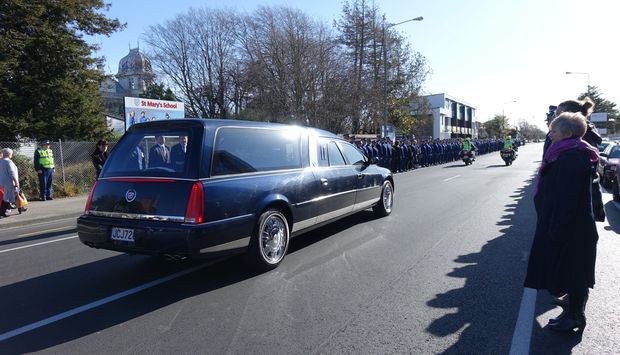 Mr Ryan was a father of four, and a senior sergeant with the police.

He died from cancer on Tuesday.

A Givealittle page was set up in May to help support his family and has raised $50,268.

Manchester Street from Bealey to Salibury Street was shut off from 11am as police officers and staff lined the street as a hearse carried Mr Ryan away.