Students skipping school and university or using "newspaper, telephone books, rags," as sanitary products has prompted a campaign to provide the necessary items to those in need.

Charities campaigning to bring awareness to the problem say young women and girls are missing out on school and university, and teachers have been paying for sanitary items due to their high cost.

The Salvation Army, a supermarket chain and a Labour MP were combining their efforts to raise awareness and call for donations of sanitary products for vulnerable young women and families in need.

A small crowd gathered outside the Salvation Army office on Wellington's Cuba Street yesterday to listen to women and men talk about sanitary products and the struggles some students and families faced trying to afford them.

University students and the Union of Students' Associations were also pushing to see them provided free in university medical centres.

Victoria University of Wellington students at the event said they had to devise all sorts of strategies when they could not afford sanitary products.

A month's supply of tampons or pads or both costs between $5 and $15 a month and the cost can run into many hundreds for a family over a year.

Siobhan O'Connor said when her period came a day or two before her pay came through, it put her under extra pressure.

"There's nothing I can do to stop my period so [I'm] borrowing off friends, borrowing money off family. It has a huge impact on me." 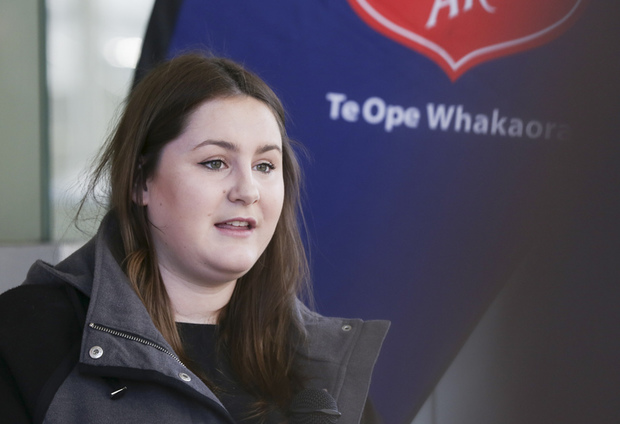 Emma Burgh said she had to make sacrifices to afford sanitary produts and had to pass up food and hanging out with her friends, while another student, Emma Moffett, said tampons and pads were ridiculously expensive.

The university did not respond to a request for comment.

Labour Youth Affairs spokesperson Louisa Wall said the campaign took off after she was contacted by a school in Manurewa, South Auckland.

"Vaughn, who was my principal at James Cook High School - when I asked him how I could help him to help our students, he said 'we need access to hygiene products' and some of those were sanitary pads and tampons. 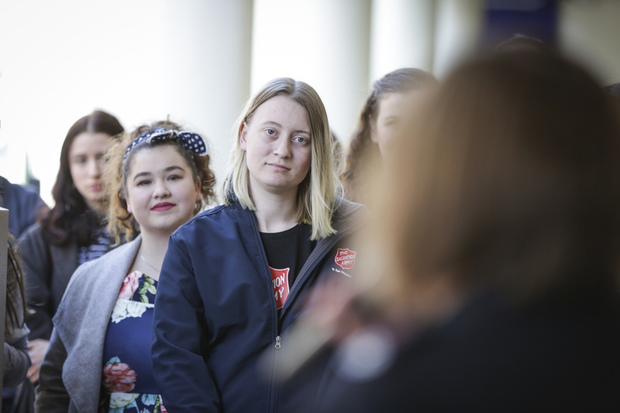 Many students turned up for the annoucement. Photo: RNZ / Rebekah Parsons-King

"What was happening for a lot of our students, they were either staying home or they were using newspaper, telephone books, rags - it was incredibly embarrassing for them."

Ms Wall said not having access to sanitary hygiene products had a profound effect on women and people needed to change their attitude to what was considered a taboo topic.

"The dignity or loss of dignity for our young women and having to do that means it's incumbent on us to provide them with the products that they need - and sanitary products are a necessity, they are not a luxury."

Salvation Army territorial public relations director Shane Chisholm said the charity was seeing more demand than ever before for the products, and while men may not be directly affected, they needed to take responsibility for solving the problem as well.

"It's not just a women's issue, it's a community issue." 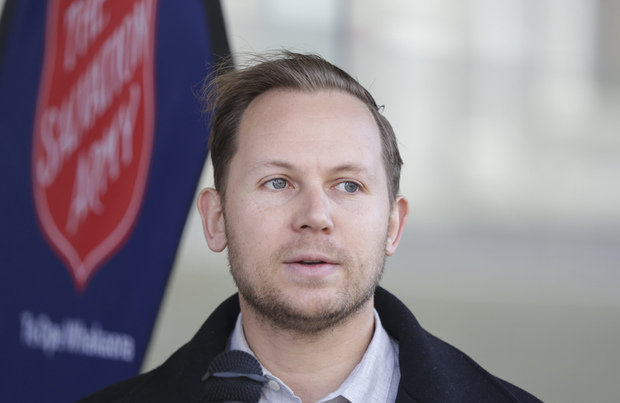 In New Zealand, supermarket chain Countdown and its suppliers donated $3500 worth of hygiene products for what it said was a necessity item many could not afford.

KidsCan supplied sanitary products to 568 primary, intermediate and high schools who had paid for them out of their own budget.

In the last three months KidsCan provided 3900 items to schools, with funding from the Ministry of Social Development.

Its health manager Julia Haydon-Carr said it was not unusual for girls to get their period as young as eight years old.

Although the cost of one sanitary item may seem small, for a parent with two girls the total cost for a year's supply could run to hundreds of dollars, she said.

She said buying sanitary products was a much bigger cost than some people realised.

"We had schools telling us they were supplying these products to girls and teachers were paying for them out of their own purse. It is something we need to address, especially if it means girls are missing time off school."