You may know the Taylor Swift music video for Shake It Off ... but you've never seen it quite like this.

Residents of the Julia Wallace Retirement Village in Palmerston North - average age 82 - have recreated the US pop singer's dance clip.

It has been watched more than 120,000 times since it was uploaded this week.

However, Ms Gregory and her fellow septuagenarian co-stars added some of their own touches to the choreography, introducing lawn bowls and asparagus rolls.

"Julia Wallace [Retirement Village] said they would run with it, whenever we wanted it we would do it, and that's what happened.

The video is remarkably similar in quality to the original, which Ms Gregory said was thanks to the professionalism of four men employed by Ryman to shoot the clip.

"They came up and worked with us for week. All of us just did what they wanted us to do."

The entire video was shot in and around the village. Fifty people were involved in the filming, which took five days, she said. 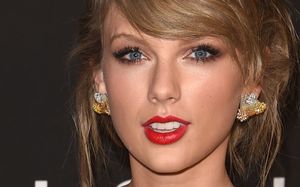 The ballet outfits worn by the video stars were designed and created by one of the village residents, Mae Carter.

"She also made those lovely outfits, the red and white ones where you see us on the stairs or outside with the mobility scooters," Ms Gregory said.

"We were lucky, it was a brilliant day - Palmerston North weather obviously - and we were able to have fun and everybody was able to get out and let ourselves enjoy it." 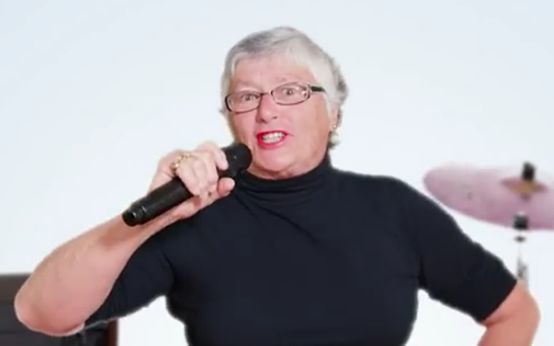 Ms Gregory confessed she wasn't a Taylor Swift fan prior to making the video but had since become a convert.

"Of course I am now [a fan] because I love the music. You can't help enjoy it and feeling uplifted because that's what it's meant to be."

The world-wide response to the video staggered her.

"I can't believe this is happening. We even had a Facebook [message] today from someone in Ukraine who's just so impressed that he's had such a laugh."

While she anticipated a response from Grammy-winning Swift, Ms Gregory hoped the singer would acknowledge everyone who took part.

"This video is not just about me. It's about all the others who took part and wanted to show people how wonderful it is to live in a village like we do and express ourselves, relax and enjoy each other."

As for future YouTube performances, Ms Gregory said there was "something in the pipeline" but the public would have to wait and see.