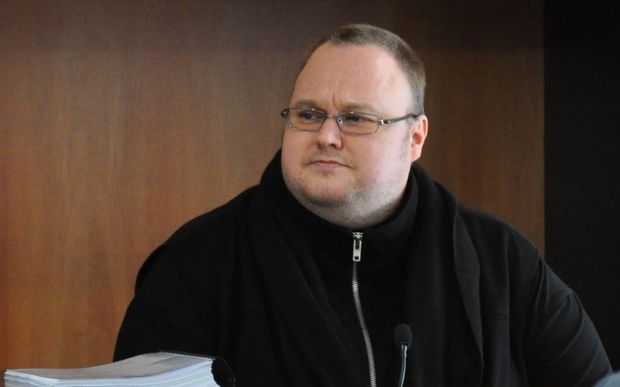 Kim Dotcom during an extradition hearing, where United States authorities sought to have him extradited to face charges there. Photo: AAP

Lawyer Matt Sumpter is representing the film studio and told the High Court in Auckland Mr Dotcom had taken a loan from his lawyers on behalf of a Trust for his children.

He said the $220,000 loan amounted to a breach of a freezing order that covers Mr Dotcom's assets both in New Zealand and overseas.

Mr Sumpter said the breach amounted to contempt of court and he would be asking the court to remind Mr Dotcom about his obligations.

Mr Dotcom's lawyer Ron Mansfield said the loan was a new asset, not covered by the original freezing order and actually represented an increase in assets, rather than a reduction.

Mr Dotcom ran filesharing site Megaupload from a rented mansion in Auckland, which he later moved out of when he had to pay for the ongoing legal expenses from his fight against extradition to the US.

The asset freeze arose after the mansion was raided by police in January 2012, and he was charged with racketeering, copyright infringement and fraud.

His assets were frozen but he was allowed up to $60,000 a month to pay staff and for living costs.

The FBI was seeking to have him and his former colleagues Mathias Ortmann, Bram van der Kolk and Finn Batato face copyright charges in the United States over the site, and a High Court ruling found against Mr Dotcom.

His lawyers appealed against the ruling and a hearing was set for August.