A second appeal has been lodged against the sentences handed down to the killers of three-year-old Moko Rangitoheriri. 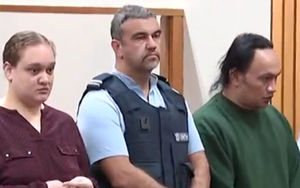 The Court of Appeal says David Haerewa, 43, lodged an appeal on Friday against his sentence of 17 years jail with a minimum non-parole period of nine years.

Haerewa and 26-year-old Tania Shailer received the same sentence at the High Court in Rotorua last month for the manslaughter of the three-year-old.

Shailer lodged an appeal against her sentence last Tuesday.

The couple bashed and kicked Moko to death while he was in their care last year.