Residents in Upper Hutt will continue their efforts to find missing local Mary Berrington, despite police calling off their search for her. 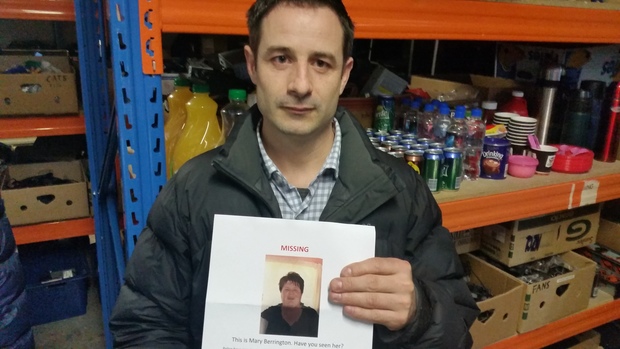 Daniel Talbot has been using his office to house a group of volunteers who will continue to search for Ms Berrington. Photo: RNZ / ADRIANA WEBER

The 62-year-old, who has a mental illness, disappeared from her home on Tuesday and police say they've scoured all the areas she could be.

But between 100 to 250 local residents, who have also been working tirelessly to find her, say they're not prepared to give up yet.

Daniel Talbot, who knows Ms Berrington and her family, has been one of the main organisers of the search.

His office building in Upper Hutt has doubled as a base for the volunteers since Wednesday, housing stacks of flyers adorned with Ms Berrington's photograph and dozens of maps marking the streets they've searched.

"By handing out all these flyers, hopefully someone in the community, in Upper Hutt, Lower Hutt, or Wellington recognises her. That could lead us to finding Mary, and we need all the help we can get," he said. 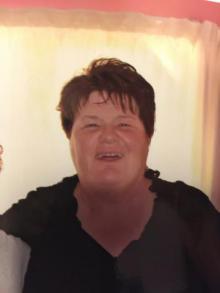 A total of 23,000 flyers have been dropped into letterboxes all across the Hutt Valley, from Taita to Mount Marua.

Mr Talbot said he was overwhelmed by the community response, with entire families and local businesses stepping in to help and some taking time off work to do so.

"I must admit, I've started feeling a bit more emotional about it, all these lovely people that are helping me. They're out there folding leaflets, laminating, doing letter drops, doing so much, the public and volunteers helping us is just amazing."

Karen Quak spent the weekend folding so many flyers for people to hand out, her fingers began to cramp.

She just wants to play her part in finding Ms Berrington, she said.

"Mary's very well known in Upper Hutt, she'll stop and talk to anybody. She will be in the middle of Upper Hutt and you might go to the mall and come out and she's still in the same spot and she's been speaking to nearly everybody that walks past. [She's] very friendly, she'll tell you all about her new granddaughter that she's just got and her family and she often asks about your family, and remembers their names. So I'm missing her face in Upper Hutt," she said.

She said it seemed like almost everyone in the community wanted to help search. 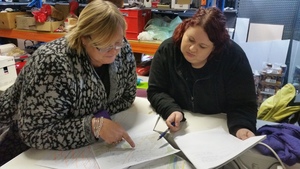 "I've been sitting here going 'wow more people', 'more people', they've just been coming in in droves. They've been phoning up and saying they've covered this area, asking 'where do we go next?'. People just keep coming back, we all just want to find her."

"We will be doing another focus in the CBD area of Upper Hutt again dropping flyers and we want people to be really aware that we are still looking for Mary and we still want to know if you've seen her whereabouts. She's well known, she's cared about and people want to bring her home."

The officer in charge of the police hunt for said they'll only start searching again if new information comes to light.

Sergeant Anthony Harmer said police remain in contact with Ms Berrington's friends and family who are continuing their own search.

"Any information will be evaluated for it's worth and the appropriate amount of effort will go back into that. If we were to have a sighting of Mary, or believed sighting of Mary, a police officer would go and deal with that," he said.