Auckland Council is targeting the biggest growth-groups in the city, recent immigrants and the young, both of whom are among the least likely to vote. 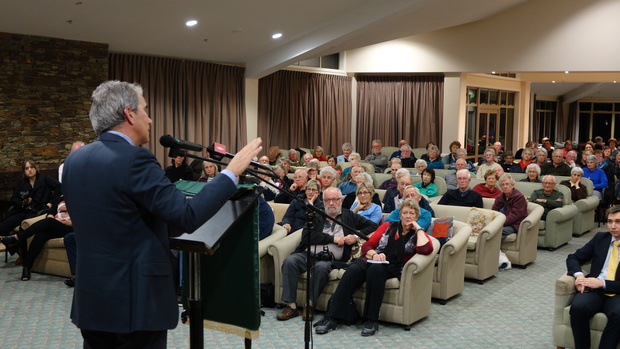 The council's inaugural election in 2010, following the amalgamation of eight previous local bodies, drew the country's second-highest turnout of 51 percent.

That was partly driven by a high-profile mayoral contest between the ultimate victor Len Brown,

and the mayor of the former Auckland City John Banks.

Three years later, with the council still bedding-in and a low-key contest between Mr Brown

and challenger John Palino, the turnout slumped to the country's second-lowest of 35 percent.

"We know that we can get over half of the population voting, it's about getting the circumstances right," said Glyn Walters, the council's election planning manager.

The council knows it has a challenge. The electoral roll has swollen by around 100,000 in the last

three years to 1,050,000. Most of the additions are young voters or newly-arrived immigrants.

Both of those groups are the least likely to end up voting, even if they intended to. 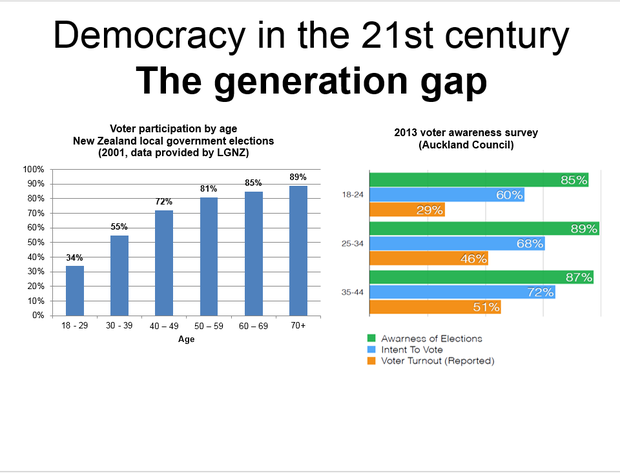 The council has commissioned research into voting patterns which highlights the need to make inroads into some ethnic communities.

One paper found the turnout among Asians, the second-largest ethnic group in Auckland, was nearly 10 percent lower than the population average in 2010.

In general, the older, whiter, or wealthier an Aucklander is, the more likely they are to vote.

In 2013 nearly 46 percent of eligible voters in the northern township of Warkworth cast a vote, while only 29 percent turned out in the poorer, southern suburb of Otara.

The council will use social media, advertising, and promotions at local events to try to spread the word about the role it plays in people's lives, and why they should exercise their right to vote.